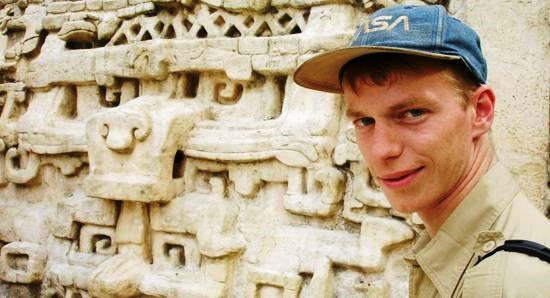 To honor the memory of Professor Pierre Colas the Department of Anthropology and the College of Arts & Sciences established the Pierre Colas Memorial Fellowship in 2009 to honor the memory of the late Professor Pierre Colas. The Fellowship supports two indigenous students from Latin America, so they may pursue their Ph.D. in anthropology. The Fellowship provides tuition, a generous annual stipend, and health insurance for six years. We have been fortunate to have two excellent scholars from Guatemala as the Pierre Colas Memorial Fellows: Carmelina Espantzay Serech and Iyaxel Cojti Ren. You can read about their research projects below. 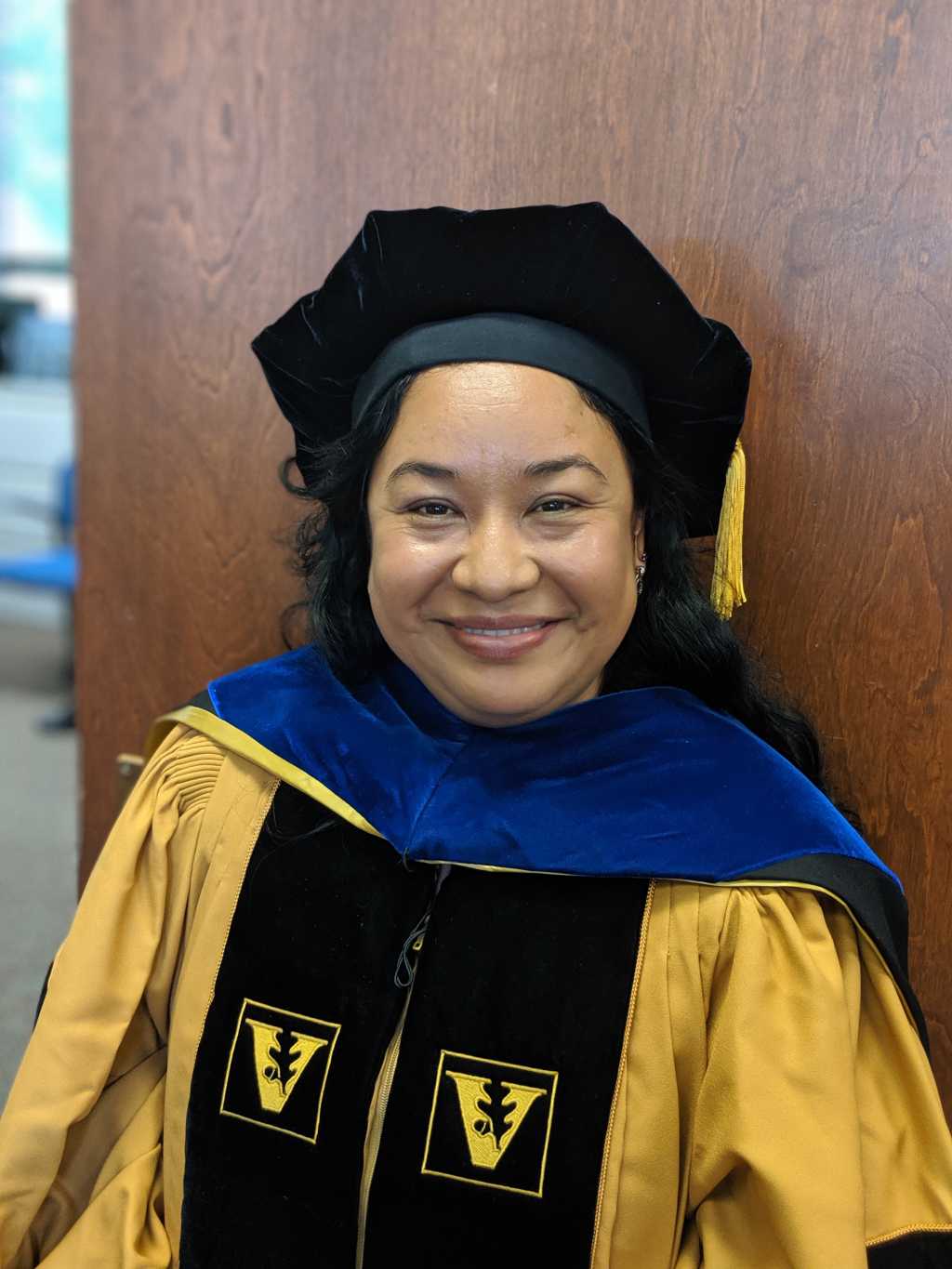 Dr. Carmelina Espantzay Serech: Ethnicity, Gender and Political Participation: Aspirations and Strategies of Mayan Women in the Highlands of Guatemala to Access Spaces of Power

My research focuses on ethnic and gender inequality and the political participation of Maya woman as it pertains to their aspirations and empowerment strategies to access spaces of power. Specifically, I focus on the 2007 and 2011 elections and how Maya women (in postwar Guatemala) are gradually entering the realm of party politics from which they have traditionally been excluded. Women, as a group, are constantly fighting to open spaces for participation. In Gramscian terms, Maya women are subordinated by hegemonic structures.  Yet, writing as a Maya woman, it is clear that what is missing from such accounts of “actions of the people” is a sense of the real social beings who make up “the people”, their individual and collective aspirations, and their role as active agents in the transformation of their context. Maya women who participate politically often start by questioning subordination defined by gender and ethnicity in private spaces. It is this intimate impact of social structures that makes them question their subordinate status and motivates them to take on roles as active agents.

Another dimension of their struggle is the legacy of colonialism and how this disintegrated structures and political power of indigenous peoples. Today, many indigenous organizations are co-opting and using neo-colonial institutions as part of their strategy of resistance against political hegemony. For example, they are using the legal system and individual rights legislation to fight for cultural recognition.  In this way, oppressed peoples locate themselves in the course of resistance using the “dialectical role of culture” in global industrial capitalism, reconstructing their history and identity in a post-colonial culture.

My dissertation research was made possible by the Pierre Colas Memorial Fellowship provided by the College of Arts & Science at Vanderbilt University, funding from the Center for Latin American Studies (2012 and 2014), the College of Art and Science (2015), and the Margaret McNamara Memorial Fund, which supported the field research component for this project.

Iyaxel Cojti Ren: The Emergence of the Ancient Kaqchikel Political unit: a case of ethnogenesis in Guatemalan Highlands

My research explores the Kaqchikel ethnogenesis as an expression of resistance against the K’iche during the Postclassic period (1200 – 1524 C.E.) in the highlands of Guatemala.  Ethnogenesis is understood as the birth, reconfiguration and maintenance of a cultural identity, in which the temporal component is added to theories of ethnicity that traditionally have focused on synchronic social interactions.  Specifically, this study seeks to discuss the internal and external factors that fostered the inception of the Kaqchikel political unit and to trace the social relationships between the Kaqchikel and the K’iche’ to better understand how the former managed to go from being dependent allies and military auxiliaries for the K’iche’ elite to become an expansionist polity.  The Kaqchikel ethnogenesis will be addressed from a diachronic and interdisciplinary approach that combines ethnohistorical, archaeological, and linguistic studies.

This research is multidisciplinary, and the ethno-historical component will reconstruct the early stages of the Kaqchikel sociopolitical organization and the factors that motivated their auto-determination around 1470 CE. The information collected from primary sources is compared and contrasted with archaeological evidence from two sites: Chi Iximche’ and Chi Awar.  Both sites are important for the study of the Kaqchikel polity configuration because they represent two different stages in their sociopolitical development.  Chi Iximche’ is the first and last capital of the Kaqchikel as an independent polity, while Chi Awar was their first settlement given to them as a reward by the K’iche’ elite for their services as military auxiliaries in expansionist campaigns. In 2016, I conducted the first archaeological project in this site, which is located in Chontala, Chichicastenango.  Lastly, the linguistic component provides insights about how the ancient Kaqchikel occupation of Chi Awar and the surrounding areas, influenced linguistically the language of their K’iche’ neighbors.

This research project was possible thanks to the Pierre Colas Memorial Fellowship provided by the College of Arts & Science at Vanderbilt University, funding from the Vanderbilt Institute of Mesoamerica Archaeology directed by Dr. Arthur Demarest, summer grants from the Center for Latin American Studies (2013 and 2015) and the College of Art & Science (2014 and 2016), and with the support of the Perez Algua Family in Chontala, Guatemala.  A Robert Penn Warren Fellowship at Vanderbilt University (2018-19) will support the write-up of the dissertation. 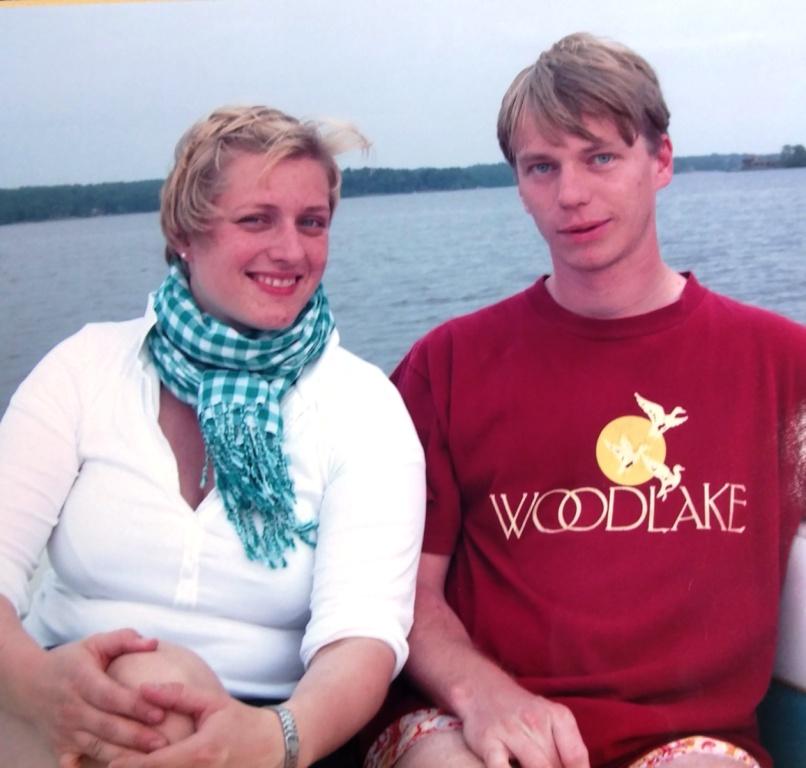 Anthropologist Pierre Robert Colas, 32, was shot and killed in his home by assailants on 26 August 2008; his sister Marie, 27, died on 31 August of injuries sustained in the same attack.  Robbery was the apparent motive.  All murders are tragic, but it is especially poignant when a life on the cusp of a stellar career is taken.

Pierre, also known as Robbie, was a scholar of tremendous range.  His groundbreaking work on Maya epigraphy built on a deep linguistic understanding to examine Classic Maya identities and ideologies.  His ethnographic work focused on the effects of Pentecostal theologies on community norms in a Yucatec Maya town in Belize.

Pierre was a beloved colleague and mentor in Vanderbilt’s Department of Anthropology.  He cared deeply for both graduate and undergraduate students.  His office was always open to students needing help with assignments, advice regarding their research, or simply a sympathetic ear in times of stress.  With an infectious sense of humor, Pierre was the most friendly and generous of colleagues.  His office became a social hub for anthropology, a place where people would gather informally in the afternoon to talk over espresso and M&M’s.

Pierre earned his M.A. in 1999 in Mesoamerikanistik (Mesoamerican Languages and Cultures) from the University of Hamburg.  In 2004 he completed his doctorate under Nikolai Grube at the University of Bonn.  His dissertation work on Classic Maya personal names was published in 2004 as Sinn und Bedeutung klassischer Maya Eigennamen (“The Meaning of Classic Maya Personal Names”).

During his studies, Pierre was a fellow of the Studienstiftung des Deutschen Volkes.  His postdoctoral research was funded by a prestigious Emmy Nöther fellowship from the Deutschen Forschungsgemeinschaft.  In 2006 Pierre was appointed Assistant Professor of Anthropology at Vanderbilt University in Nashville, Tennessee, where he worked until his death.

A prolific scholar, Pierre published 3 books and dozens of articles.  At his untimely death, he was completing two more books.  For the first, he compiled a database of over 6000 glyphic metaphorical representations.  That manuscript focuses on several competing conceptual models of personhood in the Classic Maya world as expressed in constellations of metaphors concerning accession, warfare, and rituals.

He was also working on a monograph based on his ethnographic field work among the Yucatec Maya of Belize.  This work looked at the rise of Pentecostalism, its effects on the Yucatec language, and the implications of its unique brand of individualism on community solidarity.  In San Antonio, where he did his fieldwork, Pierre was almost a legendary figure: the only white man with an impeccable command of Yucatec Maya.  He was well liked in town and succeeded in not only meeting but interviewing almost everyone in the village by the end of his two-year stint there.

Pierre was a passionate scholar; a stalwart friend; and an exceptional human being.  His death is a huge loss for his family, friends, and students as well as for the field of anthropology.