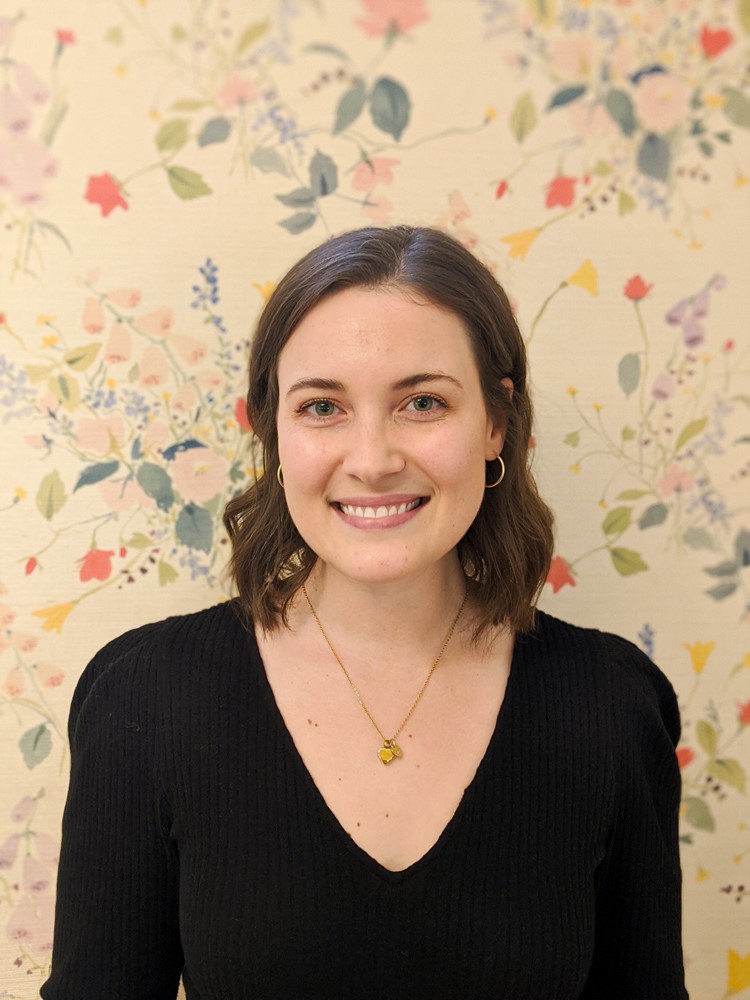 Grace is the co-founder of Bold Type, a training firm specializing in professional writing skills development. She teaches elite soldiers, corporate and non-profit professionals, and, as an adjunct lecturer, non-traditional college students at Georgetown University’s School of Continuing Studies. Her essay “‘An Exquisite Filmic Haze’: The Complicated Politics of Reportedness in Zero Dark Thirty” was published in The Velvet Light Trap in 2018. Her work has also appeared in Cinema Journal and Smithsonian Insider. She has presented at the Society for Cinema and Media Studies, the South Atlantic Modern Language Association, the College English Association, and more.

Nicole (Cole) Polglaze is an incoming first-year Ph.D. student in 2020-2021. Her research interests lie in feminist theories in early modern literature, with a focus on female friendships and bonds.

Nicholas Reich is entering his first year in Vanderbilt’s English Ph.D. program in 2020-2021. To use queer ecologist Nicole Seymour’s turn of phrase, he considers himself a ‘bad environmentalist.’ Nick’s essay “Bottom Terror in Poe’s ‘William Wilson’” was recently published in the spring 2020 issue of The Edgar Allan Poe Review. This essay melds issues of canonicity, sexual insurgence, affect, and queer time. Nick has presented at a range of conferences, including the Modern Language Association, The Society for the Study of the Multi-Ethnic Literature of the United States, and The Association for the Study of Literature and Environment.

Justine Waluvengo will enter her first year in the English Ph.D. program at Vanderbilt in 2020-2021. In 2016, Justine spent a year as a Fulbright Language Teaching Assistant at Tulane University.

Fields of Interest: 19th-Century American and Transatlantic Literature, Democratic Theory, and Political Liberalism and Its Critics.

In 2020-2021, Ethan will enter his second year at as a Ph.D. student in the English Department at Vanderbilt University. His 2019 Master’s thesis was titled New Men for a New World: Reconstituted Masculinities in Jewish-Russian Literature (1903-1925)

In 2020-2021, Sarah Hagaman will be a second-year Ph.D. student within the Department of English at Vanderbilt University. Her research focuses on intersections of medicine and literature; specifically, she analyzes gendered mental health narratives, genetic privacy, and identity in twentieth and twenty-first century literature, as well as autotheoretical texts and female embodiment.

Kelsey received her B.A. in English from Bryn Mawr College in 2017. She then obtained her MA in Irish Writing and Film from the University College Cork in Ireland. In her undergraduate and MA research, she focused primarily on queer theory and gender and sexuality studies, specifically in the work of Virginia Woolf and late Victorian Anglo-Irish authors. Her current research focuses on the ways in which spinsterhood complicates notions of gender, identity, and time, especially in late Victorian and Modernist novels.

Ben is a former Middle School English teacher who received his BA in American Studies from Brown University and his MA in English and Comparative Literature from Columbia University. Benjamin's master's thesis explored the use and transcription of ad libs in contemporary hip-hop.

In 2020-2021, Luke Vines will be a second-year Ph.D. student within the English Department at Vanderbilt University. His research focuses broadly on eighteenth-century literature and more specifically on manifestations of class instability within the 18th-century novel. Luke is also interested in literary criticism composed within the long eighteenth century, the suicide note and narrative control, and the epistolary form.

In 2020-2021, Tori Hoover will be a third-year, joint-Ph.D. student in English and Comparative Media Analysis & Practice (CMAP). After obtaining her B.A. from Kenyon College in 2016, Tori worked in digital advertising as a social media specialist, an experience that influenced her interest in digital narratives and processes of online self-creation. 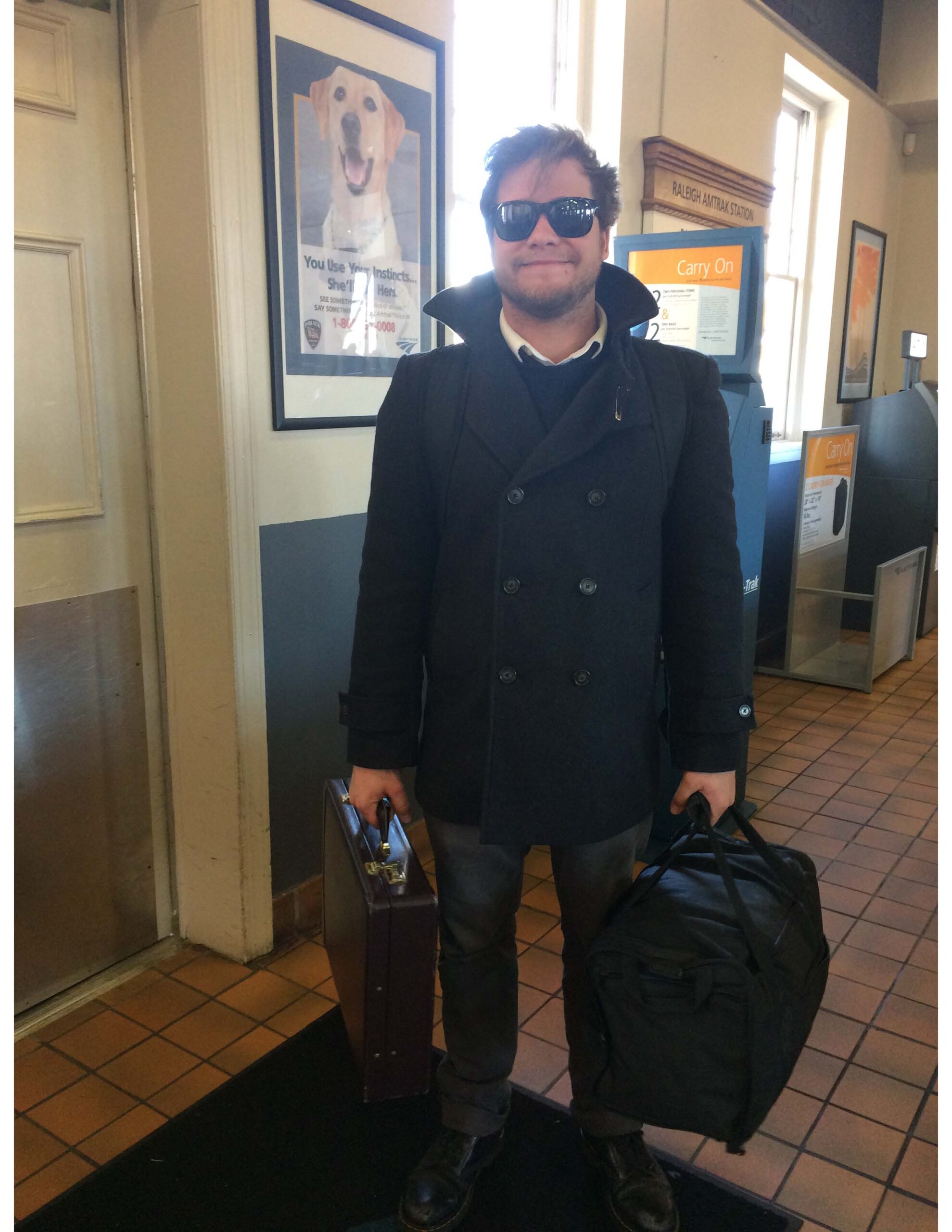 Joshua Roling is a first-year Ph.D. student within the English Department at Vanderbilt University. His academic interests include American modernism, World War I literature, and contemporary work generated from the Global War on Terror.

Fields of Interest: Race & Robots in the Long 19th Century

In 2020-2021, Marcie Casey will be a fourth-year Ph.D. candidate whose interdisciplinary work resides at the intersections of race, gender, sexuality studies and technology. She explores how social constructs are inscribed upon scientific technologies and juxtaposes contemporary technological advances alongside science fiction's renditions of artificial intellgience systems, robotics, and cybernetic organisms.

In 2020-2021, Cameron Clark will be a fourth-year, joint-Ph.D. student in Vanderbilt's Departments of English and Comparative Media Analysis & Practice (CMAP). His article, "Grief, Ecocritical Negativity, and the Queer Anti-Pastoral," was awarded the 2019 Chris Holmlund Society for Cinema and Media Studies Queer Caucus Graduate Student Writing Prize. It was subsequently published in the peer-reviewed journal, New Review of Film and Television Studies. In addition to SCMS, Cameron has presented conference papers at the American Studies Association, the National Women's Studies Association, and the ICI Biennial Symposium on the Environment, the Anthropocene, and the African Diaspora.

In 2020-2021, Jennifer Gutman will be a fourth-year, joint-Ph.D. student in English and Comparative Media Analysis & Practice (CMAP). Her work explores experiments in contemporary fiction and the anglophone novel, especially at their intersection with digital media and the environment. Related research interests include theories of reading and critique, network aesthetics, and the Anthropocene. Jennifer received a 2019-2020 Mellon Graduate Student Fellowship in the Digital Humanities. Her article “Cyborg Storytelling: Virtual Embodiment in Jennifer Egan’s ‘Black Box’” is published in Critique: Studies in Contemporary Fiction.

In 2020-2021, Webster will be a fourth-year Ph.D. student within the English Department at Vanderbilt University. In pursuit of a joint-Ph.D. in Comparative Media Analysis and Practice (CMAP), Web also works to create content that incorporates his studies in the digital humanities.

Born in California, raised (mostly) in Texas, and now living in Tennessee, Courtney Brown will be a fifth-year English Ph.D. candidate at Vanderbilt in 2020-2021. Her research takes on questions of media, genre, and form, on the ways that texts themselves can perform or negate their own content.

In 2020-2021, Danielle Procope Bell will be a fifth-year Ph.D. candidate within the English Department at Vanderbilt University. She has received a Dissertation Completion Fellowship from the Robert Penn Warren Center for the Humanities at Vanderbilt for 2020-2021.

Nadejda I. Webb will enter her sixth year with the English Department at Vanderbilt University in 2020-2021. Nadejda is an immigrant mother and scholar. She is currently a doctoral candidate at Vanderbilt University, pursuing a joint-Ph.D. in English and Comparative Media Analysis and Practice. Her dissertation focuses on visual media and its role in maintaining the system of white supremacy in the United States.