Your Success Story Is Waiting. The six year, fully-funded Ph.D. in English prepares students for academic teaching and research.  Flexible and immersive, with students admitted on a 1:1 faculty-to student-ratio, the program provides personally-tailored mentoring and development for research and pedagogical skills. In addition to a highly successful record for academic job placement, the department excels at placing interested students in alternative-academic and industry career paths.

Thea Autry is the 2020 Medalist for the Vanderbilt Graduate School. Thea’s research and teaching focus is on U.S. literature and visual arts of the 19th, 20th and 21st centuries, with emphasis on theories of visuality, race, gender, sexuality and cultural geography. Her grants and scholarships include a student-directed seminar grant from the Robert Penn Warren Center for the Humanities. She is a reviewer for the European Journal of American Culture, and her paper proposals have been accepted at several national and international conferences. While at Vanderbilt, she served as an officer in the English Graduate Student Association and participated in the Tennessee Prison Books Project and college application workshops at a Nashville magnet school. After spending a year in residence at Kenyon College after winning a prestigious Yarbrough Dissertation Fellowship, Thea holds a CAS Postdoctoral Fellowship at Vanderbilt for 2020-21.

Lucy Mensah is Visiting Assistant Professor of Museum and Exhibition Studies at the University of Illinois in Chicago’s School of Art & Art History. Prior to this, she was an assistant curator of contemporary art at the Detroit Institute of Arts. Before the DIA, Mensah was an art history fellow at the Metropolitan Museum of Art, where she assisted in acquisition research and collection management. While at the Met, she developed a research project examining the incorporation of West African textile design in Afrofuturist art and fashion. Mensah received a B.A. in English from Bucknell University, an M.A. in Literary & Culture Studies from Carnegie Mellon University, and a doctorate in English from Vanderbilt. She completed a fellowship at the National Museum of American History in the summer of 2013, and worked as a curatorial intern at the Frist Center for the Visual Arts from 2015-2016. At the DIA, she co-curated a show titled Making Home: Contemporary Works from the DIA, a permanent collection show that presents artwork that portray literal and conceptual ideas of home.

A native Texan and an alumna of the University of Texas at Austin, Anne Margaret Castro (PhD 2016) is an assistant professor of English at Florida International University. Prior to that, she spent two years at the University of Oxford as the Andrew W. Mellon Postdoctoral Fellow in Literature of the Black Americas. Castro’s research explores how authors and artists represent the interactions between abstract belief and material embodiment in the drama and literatures of the America. Her first book, The Sacred Act of Reading: Spirituality, Performance and Power in Afro-Diasporic Literature, was published by the University of Virginia Press in their New World Series in early 2020. She has been developing a second book project is tentatively entitled “Staging Movements: Afro-Diasporic Literatures of Containment.”

An alumnus of Tougaloo College, Derrick R. Spires is an associate professor of English at Cornell University. Prior to moving to Ithaca, NY, Derrick was an assistant and then an associate professor of English at University of Illinois, Urbana-Champaign (2012-2019), a Mellon Caltech-Huntington Postdoctoral Instructor at the California Institute of Technology (2013-2014), and coordinator of the American Studies Sustainability Project at Vanderbilt (2011-2012).

His book, The Practice of Citizenship: Black Politics and Print Culture in the Early United States (University of Pennsylvania Press, 2019), was awarded the St. Louis Mercantile Library Prize by the Bibliographical Society of America. His current project, tentatively titled “Serial Blackness: Periodical Literature and African American Literary History,” asks two interrelated questions: 1) what happens to our narratives of black literary history if we center it on periodical literature and serial narratives (sketches, letters to the editor, pseudonymous writing, comics, etc.) instead of the completed volume (such as the slave narrative, novel, or poetry collection); and 2) what happens to our histories of blackness, if we think of blackness as always defined serially and contextually? The project begins in the late eighteenth century with Phillis Wheatley and will likely conclude with black science fiction published in magazines at the turn of the twentieth century.

A prize-winning fiction writer, Nafissa Thompson-Spires is an assistant professor of English at Cornell, where she specializes in fiction writing and television studies. Prior to moving to Cornell in 2019, she was an assistant professor of Creative Writing at the University of Illinois Champaign-Urbana. Her debut book of short stories, Heads of the Colored People (Simon and Schuster, 2018) won the PEN Open Book Award in 2019, an Audie Award for Short Stories/Collections, and was a 2018 finalist for the prestigious Kirkus Prize. Nominated for the NAACP Image Award for Outstanding Literary Work by a Debut Author, it was also longlisted for the National Book Award.

The data below reflects job placement for 84 Ph.D. graduates since 2008. 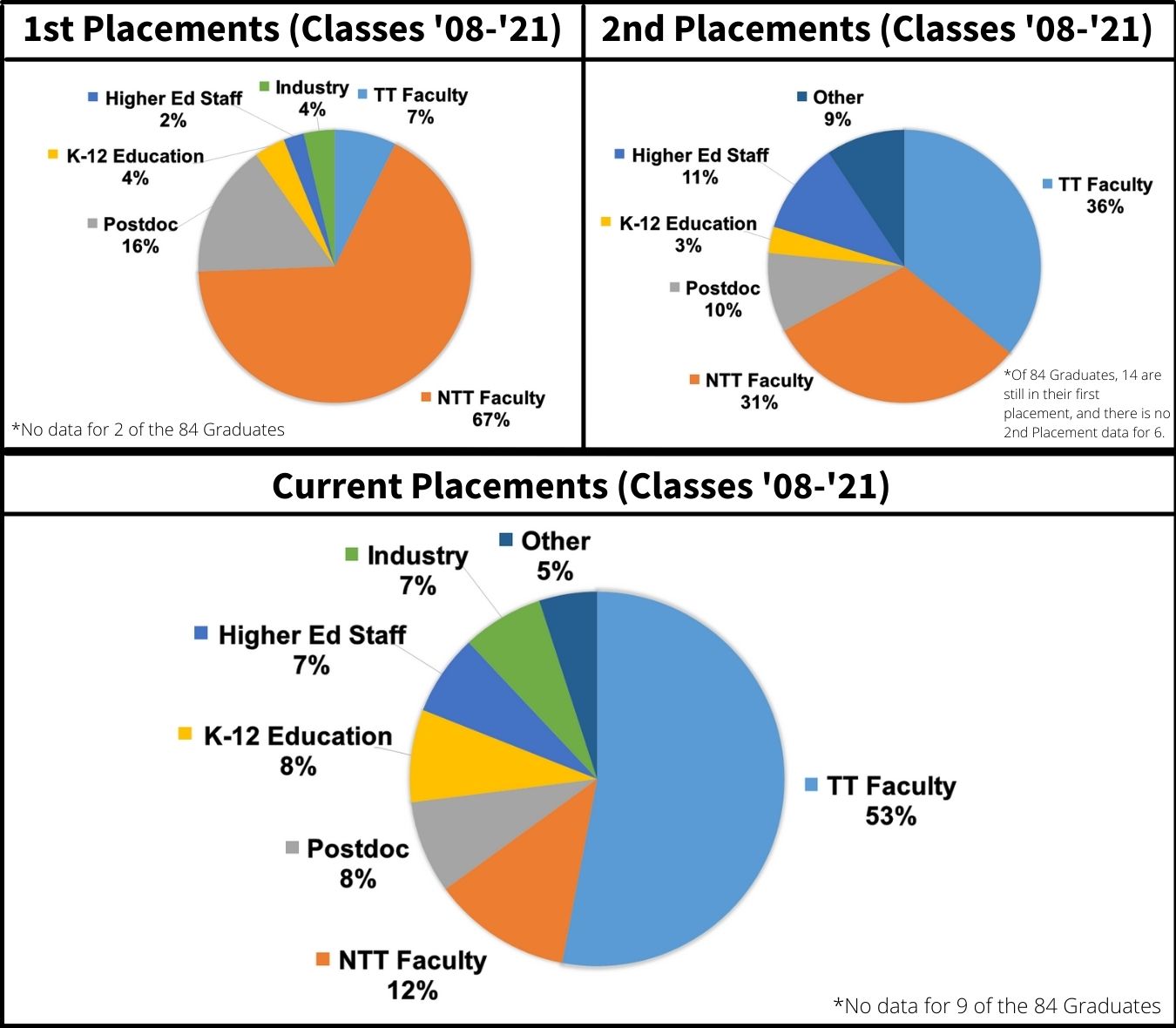