In 2021-2022, Luke Vines will be a third-year Ph.D. student within the English Department at Vanderbilt University. His research focuses broadly on eighteenth-century literature and more specifically on manifestations of class instability within the 18th-century novel. Luke is also interested in literary criticism composed within the long eighteenth century, the suicide note and narrative control, and the epistolary form. 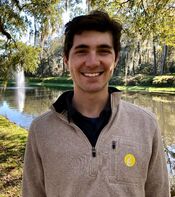