Ethan Calof is entering his third year in Vanderbilt’s English PhD program, and his second year in the Comparative Media Analysis and Practice (CMAP) program. His research broadly focuses on questions of diaspora, and how the specific cultural, media, and technological forms of the long 21st century impact how young, secular, diasporic Jews conceive of their identity and positionality. His 2019 Master’s thesis from the University of Victoria is titled New Men for a New World: Reconstituted Masculinities in Jewish-Russian Literature (1903-1925). His 2020 Master’s thesis from Vanderbilt University is titled ‘On account of you I have no translator!’ Michael Chabon and Cynthia Ozick’s Literary Conceptions of Intergenerational Yiddishlands. He is a 2021-22 Mellon Graduate Student Fellow in Digital Humanities.

What I Left Behind in the Move

Narratives of Memory, Migration, and Xenophobia in the European Union and Canada (2019)

Unpacking my Jewish Identity through the Ravensbrück Memorial Site

Ian H. Stewart Graduate Student Fellow 2017 – 2018
Awarded by the Centre for Studies in Religion and Society (University of Victoria) 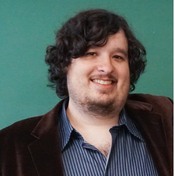