Maren Loveland is a dual-PhD student in English and Comparative Media Analysis and Practice whose research focuses on the politics and aesthetics of water in the United States. She specializes in twentieth-century literature and film studies, documentary studies, energy humanities, and critical race theory. 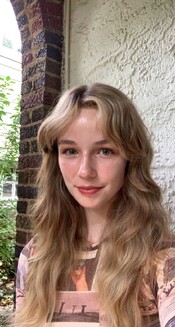