In 2021-2022, Kelsey will be a third-year Ph.D. student within the English Department at Vanderbilt University.

Kelsey received her B.A. in English from Bryn Mawr College in 2017. She then obtained her MA in Irish Writing and Film from the University College Cork in Ireland. In her undergraduate and MA research, she focused primarily on queer theory and gender and sexuality studies, specifically in the work of Virginia Woolf and late Victorian Anglo-Irish authors. Her current research focuses on the ways in which spinsterhood complicates notions of gender, identity, and time, especially in the Victorian era. 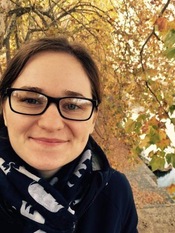