Robert Penn Warren Professor in the Humanities
Professor of Law

In my first book, A Rainbow for the Christian West: The Poetry of Rene Depestre, I introduced an English-speaking audience to Depestre’s early epic poem about the vodou gods and their journey to the American South. With Fables of Mind: An Inquiry into Poe’s Fiction (1987), I turned to Poe’s fictions as complicated critiques of traditions of romance and gothic. Haiti, History, and the Gods (1998) tells the story of colonial Haiti from the composite perspectives of legal and religious texts, letters fiction, and my own experiences in the country.

In recent years, I have written on prison rights, the legalities of torture, canine profiling, animal law, and the racial contours of US practices of punishment for The Boston Review, The New York Times, The London Review of Books, and Al Jazeera America, where I was a contributing editor. The Story of Cruel and Unusual (2007) exposes the paradox of the eighth amendment to the Constitution, showing how in the United States, cycles of jurisprudence safeguard rights only to justify their revocation; and The Law is a White Dog: How Legal Rituals Make and Unmake Persons (2011), examines how the fictions and language of law turn persons (whether dogs, ghosts, slaves, felons or terror suspects) into “rightless objects.” Now in its fourth printing, The Law is a White Dog was selected by Choice as one of top-25 “Outstanding Academic Books” for 2011.

In turning to memoir, I published With Dogs at the Edge of Life—an examination of a uniquely American history of extermination, whether of pit bulls or humans thought to be disposable, outside the pale of human empathy. I then wrote In the Belly of Her Ghost, a Southern gothic story about my mother and the Jim Crow South. Just published is Animal Quintet, a meditation on animals, ranging from Southern war horses loved by Civil War generals to the possum in my backyard.

Honors include election to the American Academy of Arts and Sciences; and fellowships from the Danforth Foundation, the National Endowment for the Humanities, the Guggenheim Foundation, the Social Science Research Council, the Davis Center for Historical Studies and the Program in Law and Public Affairs, Princeton.

With dogs at the edge of life (Columbia UP)

The Law is a White Dog (Princeton)

The Story of Cruel and Unusual (MIT Press)

A Rainbow for the Christian West (University of Massachusetts Press, 1977).

“Someone’s in the Kitchen”: First of the Month: A Website of the Radical Imagination, February 21, 2017. http://www.firstofthemonth.org/author/colin-dayan/

“With Law at the Edge of Life,” South Atlantic Quarterly

"Dread and Dispossession: Interview with Colin Dayan," The Public Archive 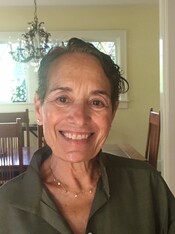