Dive Deep. The Department of Economics is a vibrant place for research, where experts in theoretical and applied economics collaborate with undergraduates, graduate students, and post-docs to produce, present and publish cutting-edge findings at leading conferences and scientific journals. Renowned scholars guide an exceptional group of students to achieve their potential though daily hands-on instruction, workshops, and seminars. Public events with lectures by Nobel laureates and top policymakers from the federal government are standard fare. 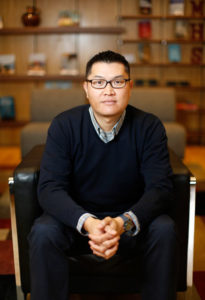 The recent research of professor Kitt Carpenter, a labor and health economist who is one of the world’s leading experts on the economics of LGBT populations, addresses issues such as how sexual and gender minorities fare in the labor market, and whether differences in outcomes are due to discrimination against LGBT people or to other factors.  He looks at the effect of public policies pertaining to sexual minorities – especially legal access to same-sex marriage – on socioeconomic outcomes for queer people and asks whether sexual minorities are differentially affected by population-based policies such as tobacco regulation and the Affordable Care Act. Carpenter is the Founding Director of the Vanderbilt LGBT Policy Lab, a Trans-Institutional Program (TIP) that seeks to understand the correlates, causes, and consequences of LGBT-related public policies and brings together scholars from law, education, health policy, sociology, political science, economics, religious studies, and divinity. At Vanderbilt he was awarded a competitive Multicultural University Course, entitled “The Causes and Consequences of LGBT Public Policies,” which takes students to the state capitol to meet with legislators to discuss LGBT-related policies in Tennessee. 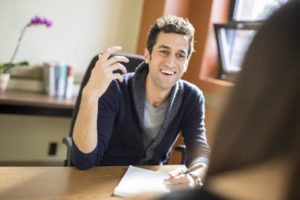 In an experiment run at the Vanderbilt University Experimental Economics Lab (VUEEL), assistant professors Greg Leo and Andrew Dustan, along with graduate student Kristine Koutout, use an innovative experimental procedure to demonstrate that belief structures exist—on the part of both hiring managers and job applicants—that can result in favoring men over women in hiring decisions. Their procedure is designed to measure first and second-order beliefs about the differences in any measurable characteristic between two populations.  They have also applied this procedure to studying beliefs about math ability, showing that while men’s and women’s beliefs are not very different in regard to the differences between men’s and women’s actual performance on a math task, people believe that men and women hold very different beliefs about those differences. Overwhelmingly, people believe that men hold beliefs that are favorable towards men. On the other hand, they do not believe this about women. If these incorrect second-order beliefs persist outside of the laboratory, they could be partially responsible for a variety of disparate outcomes in the labor market and beyond. 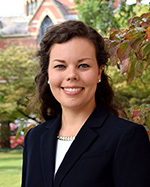 In her recent research, assistant professor Michelle Marcus quantifies the health impacts of petroleum leaks from underground storage tanks, the effectiveness of tank regulation, and the role of information as a policy tool in the same setting. She shows that while exposure to a leaking underground storage tank during gestation increases both the probability of low birth weight and preterm birth by 7-8 percent, compliance with regulations requiring the adoption of preventative technologies mitigates the entire effect of leak exposure on low birth weight. Back-of-the-envelope calculations suggest the health benefits of preventative regulations exceed the upgrade cost to facilities.

The Vanderbilt LGBT Policy Lab, supported by the Vanderbilt TIPS program and administered by Professor Kitt Carpenter, serves as an intellectual hub for multidisciplinary research on the causes and consequences of LGBT public policies such as marriage equality, nondiscrimination laws, bathroom bills, religious freedom laws, and others. It brings together scholars from numerous academic departments, including those in other Vanderbilt schools, and provides many opportunities for interdisciplinary research and collaboration.

Plan Your Major
Plan Your Ph.D.