Professor Bond is the Joe Roby Professor of Economics at Vanderbilt University, a position he has held since 2003. He received his Ph.D. from the University of Rochester in 1979, and previously held positions at Temple University and Penn State. He has written on a number of topics in international trade and applied microeconomics, including the theory of trade agreements, the role of asymmetric information in markets, and the impact of factor market distortions on economic growth.  He is the author of more than 60 articles, and his work has appeared in a number of leading journals in the profession, including the American Economic Review, Journal of Political Economy, Review of Economic Studies, Journal of Economic Theory, Journal of International Economics, and the Rand Journal of Economics.  He is currently co-editor of the Southern Economic Journal and an associate editor for the Journal of International Economics. He served as chair of the Department of  Economics at Vanderbilt from 2005-08 and 2016-17. 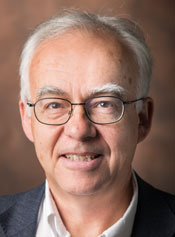 Ph.D. in Economics, University of Rochester, 1979