Professor Rousseau is a macroeconomist and economic historian who studies the role of financial markets and institutions in growth and development. He is particularly interested in the monetary history of the United States and Europe, and has published widely in this area. His work also considers how financial markets assist in spreading transformative technological changes through an economy. Professor Rousseau is Secretary-Treasurer of the American Economic Association and a Director of the National Bureau of Economic Research. 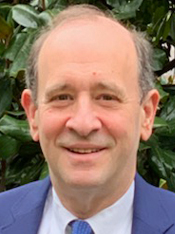