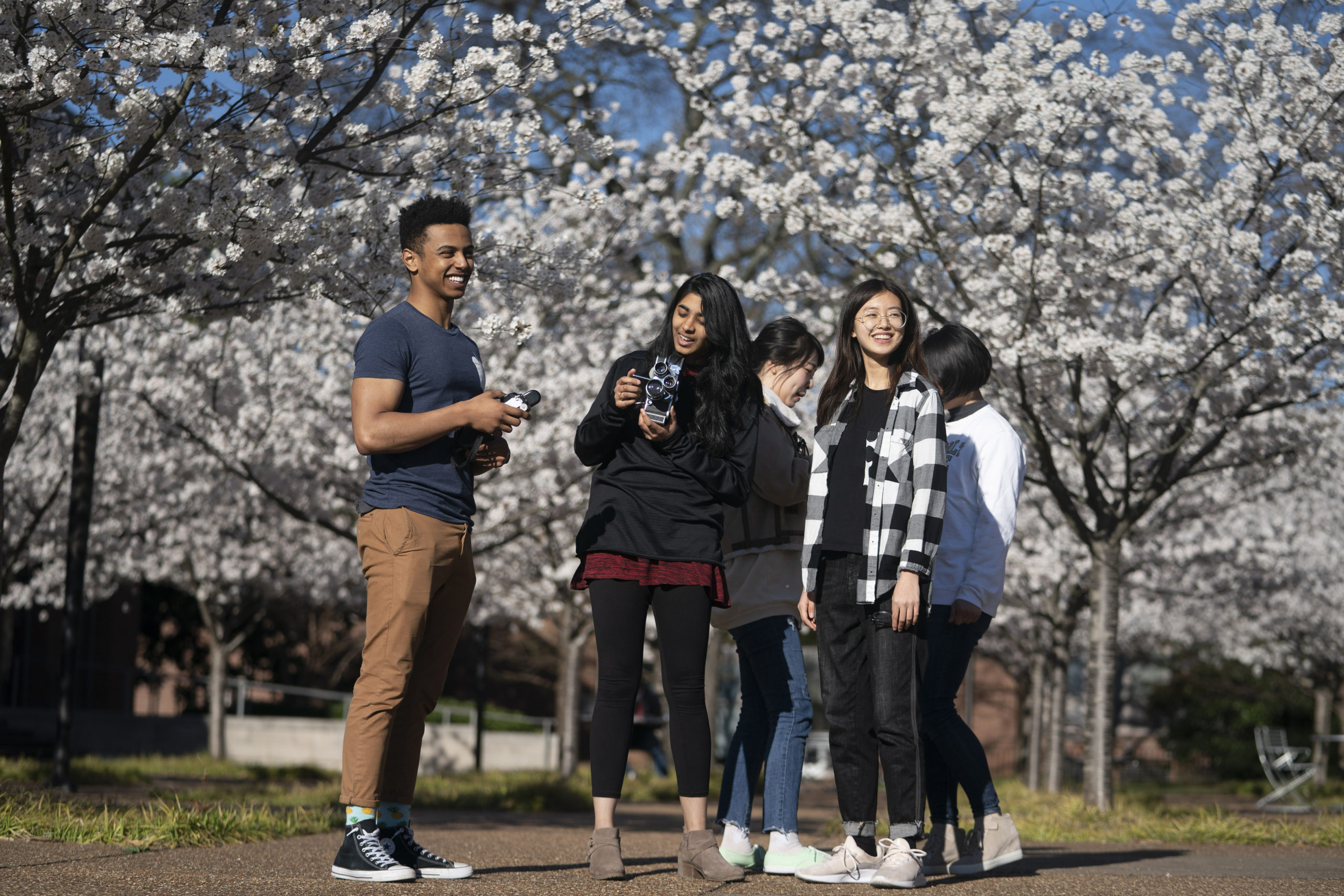 Courses Required for the Major

1500 – Fundamentals of Film and Video Production

1600 – Introduction to Film and Media Studies

The objective of this class is to introduce students to 16mm film production. This course will cover the basics of 16mm camera operation, lighting, non-sync sound design, and film pre-production.  Students will gain experience as cinematographers, screenwriters, directors, sound technicians/designers, assistant directors, and editors.  Weekly group shoots, 3 short films (any mode or genre) directed by each student.

What is film? What is the relationship between film and photography, painting, and the “real” world that a film may capture? What is a good film? How does a film affect, construct, or delimit a spectator? What is a film spectator? And might we push back on and resist the ways films construct us? What difference does it make when cinema is analog or digital, on a small or big screen, seen in a theater, at home, or in a gallery? Answers to queries as fundamental as these may seem obvious (“A good film is entertaining…”). But there is a long and rich tradition of film and media theory that is concerned with elucidating and complicating not only how we answer these questions, but on how we frame such questions in the first place. This course is an advanced introduction to film and media theory as a mode of inquiry. We will read some of the major works representing significant movements in film, photography, and digital theory from the early part of the 20th century up to our contemporary moment. We will also consider films, in their own right, as theoretical experiments in perception. This is a reading intensive class and the material is challenging. But it is very worth the investment!

Survey of world film history from 1895 to the present. Key films and filmmakers. Historical, aesthetic, national, and political contexts of films and film movements. Prerequisite: 1600.

The topics covered in this course vary from year to year, and have included the creation of web series, interactive media, and documentaries. The course focuses on production and the creative process. It can be repeated for elective credit, provided there is no duplication in topic.

The topics covered in this course vary from year to year, and have included the work of Werner Herzog, cinema in the age of Trump, and the evolution of media history. The course focuses on the study and analysis of theory and history. It can be repeated for elective credit, provided there is no duplication in topic.

This course covers advanced independent filmmaking, portfolio assembly, and professionalism, and is designed to prepare our seniors for their futures as media creators, film theorists, and more.

The topics in this course vary from year to year and focus on cinema and cinematic movements in specific countries.

Note: After taking 3891 or 3892 for the first time, students may repeat those courses for elective credit, provided there is no duplication in topic.