Interested in studying an endangered language? The College of Arts and Science has partnered with Duke University and the University of Virginia (UVA) to offer students joint instruction in Ki’che’ Maya, Haitian Creole, Turkish, and Swahili. This unique effort both helps to preserve these endangered languages for future generations and adds depth to students’ understanding of subjects connected with these languages and their originating cultures.

The partnership allows students from across all three schools to learn their chosen language together, through a “telepresence” setup. Each language is based at a different school: K’iche’ Maya at Vanderbilt, Haitian Creole and Turkish at Duke, and Swahili at UVA. Students attend class on their respective campuses at the same time and use videoconferencing or the Zoom platform to interact with each other face-to-face. The course instructor works from the school where the language is based.

Note: Some or all classes may be taught online synchronously or asynchronously. Check course listings in YES for details. 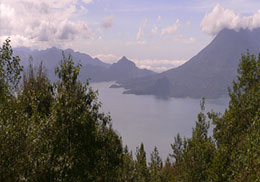 K'iche' Maya is one of the most common indigenous languages in Latin America, spoken by about one million individuals in the western highlands of Guatemala, the heartland of Maya culture. As the language of the Popol Wuj, Mayans’ sacred text, K'iche' Maya is also a language of great historical importance. Because of the precarious status of minority languages in Latin America, classes in K'iche' are also relevant for students interested in anthropology, globalization, language planning, multilingualism, language diversity, and linguistic human rights. 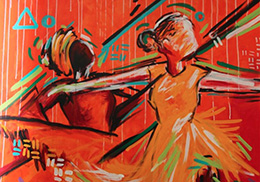 Haitian Creole, often called simply Creole or Kreyōl, is based on 18th-century French, some African languages, and languages such as Arawak, English, Arabic, Portuguese, Spanish, and Taino. The second official language of Haiti, Creole is spoken by 10-12 million people throughout the Caribbean and in the Bahamas, Belize, Canada, Cayman Islands, Cuba, Dominican Republic, France, French Guiana, Guadeloupe, Ivory Coast, Martinique, Puerto Rico, Trinidad and Tobago, parts of the United States, and Venezuela. 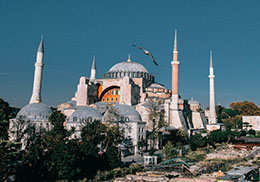 Turkey's liberal and intellectual climate, which bridges East and West with tradition and modernity, is a comforting environment in which to learn and explore. Learning Turkish gives access to many new opportunities in policy, international studies, business, science, technological research, and journalism.  Please contact Deb Reisinger (deb.reisinger@duke.edu) with any questions. 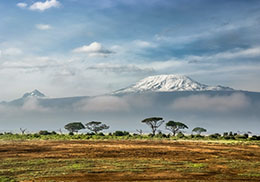 Swahili language, known as KiSwahili, is widely spoken by more than a million people around the world as their first language, and also serves as the second langauge for over 50 million. The language is spoken in Kenya, Tanzania, and Uganda, and also in some parts of Rwanda, Burundi, Democratic Republic of Congo, Northern parts of Mozambique, Zambia and Malawi, Somalia, Madagascar, and the Comoro Islands. KiSwahili is widely taught in many other African countries and is one of the most popular African languages taught in universities and colleges in the United States. KiSwahili is also the language of the African Union. Swahili cultures are prominent around the world, especially in the African Diaspora, making it one of the most well-known and studied languages in African Studies and African American Studies.

For more information about the language partnership, contact the A&S Office of Undergraduate Education (arts-sci-records@vanderbilt.edu) or the Center for Second Language Studies (csls@vanderbilt.edu).