Vera M. Kutzinski joined the Vanderbilt faculty in 2004 as the first Martha Rivers Ingram Professor of English, a Professor of Comparative Literature, and the Director of the former Center for the Americas. Prior to coming to Vanderbilt, Kutzinski was Professor of English, African American Studies, and American Studies at Yale University, the faculty of which she joined in 1986. Kutzinski holds a Yale Ph.D. and M.A. in American Studies, as well as a Yale M.A. in African American Studies. She has extensive experience in academic administration at the departmental and the university level. Her research and teaching interests encompass USAmerican, Caribbean, and Latin American literary and cultural history as well as translation and translation studies. She has directed and co-directed more than 30 dissertations, the majority of them in English and Comparative Literatures.

Besides numerous articles and book chapters, Kutzinski has published four books on Comparative American and Caribbean literatures: the award-winning Against the American Grain: Myth and History in William Carlos Williams, Jay Wright and Nicolás Guillén (John Hopkins, 1987), Sugar's Secrets: Race and the Erotics of Cuban Nationalism (Virginia, 1993), the translation Nicolás Guillén's The Daily Daily (California, 1989), and The Worlds of Langston Hughes: Modernism and Translation in the Americas (Cornell, 2012). Her most recent book is a translation of Ottmar Ette's ZwischenWeltenSchreiben entitled Writing-between-Worlds. TransArea Studies and the Literatures without a Fixed Abode (2016).

In addition to translating history of science and recent literary criticism from Germany, Kutzinski is also the director and principal editor of the Alexander von Humboldt in English (HiE) project, a collaboration between Vanderbilt and the University of Potsdam, Germany. Since 2008, the project team has been working new English translations of Humboldt's major writings on the America in annotated critical editions published by the University of Chicago Press. The first two volumes are already in print: Alexander von Humboldt’s Political Essay on the Island of Cuba (2011) and Alexander von Humboldt’s Views of the Cordilleras and Monuments of the Indigenous Peoples of the Americas (2012). An edition of Humboldt’s Political Essay on the Kingdom of New Spain is in process. 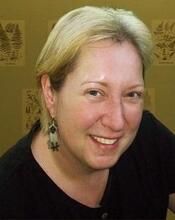