Michael Kreyling received his Ph.D. from Cornell University in 1975. Before coming to Vanderbilt in 1985, he taught at Mississippi State University and Tulane University. At Vanderbilt, he teaches classes in twentieth century American literature; Southern literature; American and Southern studies; and the works of authors such as Faulkner, Welty, and Wright.

He is the author of several books and numerous articles, primarily on Southern literature from the antebellum period up through the twentieth century, in journals such as the Southern Review, Southern Quarterly, and American Literary History.

A Late Encounter With the Civil War. Athens: University of Georgia Press, 2014. 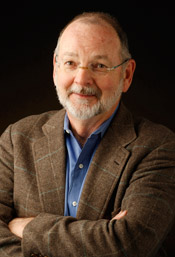