My research into early modern literature and culture investigates the connections among the histories of sexuality, rhetoric, and emotion in the English, Latin, Greek, and Italian traditions.  I tend to teach courses and write about 16th century British literature in light of classical and continental antecedents.  My thinking about literature, gender, and affect is largely indebted to psychoanalytic, feminist, Marxist, and materialist theory as well as gender studies.  My books have focused on melancholia, masculinity, and poetic language; early modern classicism, Ovid, and transgendered ventriloquism; Tudor pedagogical practices, literary production, and cultural critique.  I am currently working on a book about Elizabethan epyllia, masculinity, rhetorical training, and poetry at the Inns of Court.  I am thinking about two things in Epic Discontent: what disrupted teleologies and female “complaints” reveal about male forensic habits of mind; and why the figure of an eloquent “barbarian” became a compelling site for cultural critique.

The Rhetoric of the Body from Ovid to Shakespeare (Cambridge: Cambridge University Press, 2000), 272 pages.  Paperback edition released by Cambridge Press in 2005.

“Drama, Pedagogy, and the Female Complaint: Or, What’s Troy Got to Do with It?,” in Swiss Papers in English Language and Literature, vol. 31, edited by Elizabeth Dutton and James McBain (Tubingen: Gunter Narr Verlag, 2015)

“Rhetoric and Gender in the Sixteenth Century,” in The Oxford Handbook of Rhetorical Studies, edited by Michael Macdonald (Oxford: Oxford University Press, 2015) 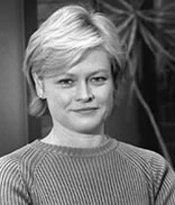