Leah S. Marcus did her graduate work at Columbia and began her teaching career at the tender age of 25 at the University of Illinois at Chicago, then migrated to the University of Wisconsin and the University of Texas before settling in at Vanderbilt University in 1997. Her interests have morphed over the years from seventeenth-century poetry and court masques, as reflected in Childhood and Cultural Despair (1978) and The Politics of Mirth (1986), to Shakespeare, especially the problems of historical contextualization and textual scholarship, as reflected in Puzzling Shakespeare (1988) and Unediting the Renaissance (1996).  At the end of Unediting the Renaissance, she stated that scholars who find existing editions of Shakespeare unsatisfactory should become editors themselves.  This she proceeded to do, co-editing two volumes of the Works of Queen Elizabeth I (2000 and 2003), an Arden edition of John Webster’s Duchess of Malfi (2010), and two Shakespeare volumes for Norton Critical Editions, The Merchant of Venice (2006) and As You Like It (2011).  More recently, she has become increasingly interested in postcolonial studies, especially South Asia.  She has visited India twice and teaches contemporary South Asian literature as frequently as she can.  Over the years, she has won various awards, including two NEH Fellowships and a Guggenheim Fellowship (1986-7).

Leah S. Marcus has many scholarly interests:  early modern poetry, especially seventeenth-century, the Jacobean masque, Milton (she presented a talk on “Ecocritical Milton” that was presented at the International Milton Symposium in Tokyo, 2012), Shakespeare, and textual scholarship generally.  She has been one of the leaders of the revolt against the “New Bibliography,” by which the editing of Shakespeare and other writers has been transformed in light of recent poststructuralist theory and  new scholarship about textual production and transmission.  She also has a strong interest in postcolonial studies, which will combine with her Shakespeare scholarship in her latest book entitled How Shakespeare Became Colonial: Editorial Tradition and the British Empire and it is forthcoming from Routledge in 2017. This book includes chapters on Othello, The Taming of the Shrew, As You Like It, The Merchant of Venice, and to cap off her argument, a chapter on Shakespeare editions in India under British rule.  Another abiding interest of hers has been the writings of Queen Elizabeth I, which she co-edited in two volumes that appeared early in the present century. Having completed How Shakespeare Became Colonial: Editorial Tradition and the British Empire, she is planning a new book on Elizabeth I and her writings, with the tentative title “Reading Elizabeth Writing.” 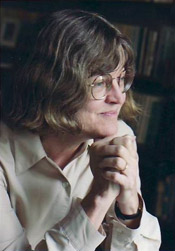