Kathryn Schwarz received her Ph.D. from Harvard University in 1994.  Her teaching and research interests include early modern literature and culture; feminist, queer, and gender studies; relationships between embodiment and social subjectivity; and theories of community.

She is the author of What You Will: Gender, Contract, and Shakespearean Social Space (University of Pennsylvania Press, 2011), and Tough Love: Amazon Encounters in the English Renaissance (Duke University Press, 2000), which was awarded the Roland H. Bainton Book Prize for Literature in 2001. With Holly Crocker, she co-edited “Premodern Flesh,” a special issue of postmedieval (2013).

Her research has been supported by fellowships from the American Council of Learned Societies, the Folger Shakespeare Library, the Huntington Library, the Newberry Library, and Vanderbilt’s Research Scholar Grant Program and Robert Penn Warren Center for the Humanities. She has served on the editorial board of Shakespeare Quarterly, the program committee of the Shakespeare Association of America, and executive committees of the Modern Language Association and the Folger Institute. She is currently working on a book titled Dying Social Subjects: Community and Mortality in the English Renaissance.

What You Will: Gender, Contract, and Shakespearean Social Space (University of Pennsylvania Press, 2011)

“The Curious Pleasures of the Heroic Corpse,” postmedieval (December 2013)

“Marlowe and the Question of ‘Will,’” in Christopher Marlowe in Context, ed. Emily C. Bartels and Emma Smith (Cambridge University Press, 2013)

“Death and Theory: Or, the Problem of Counterfactual Sex,” in Sex Before Sex: Eroticism and Representation in Early Modern England, ed. James Bromley and William Stockton (University of Minnesota Press, 2013)

“Queer Futility: The Life and Death of King John,” in Shakesqueer: A Queer Companion to the Complete Works of Shakespeare, ed. Madhavi Menon (Duke University Press, 2011)

“Will in Overplus: Recasting Misogyny in Shakespeare’s Sonnets,” ELH (Fall 2008)

“Ventriloquized Sentimentality, or, The Theory and Practice of Women in War,” in Presentism, Gender, and Sexuality in Shakespeare, ed. Evelyn Gajowski (Palgrave Macmillan, 2008)

“‘My Intents Are Fix’d’: Constant Will in All’s Well That Ends Well,” Shakespeare Quarterly (Summer 2007)

“Vexed Relations: Family, State, and the Uses of Women in 3 Henry VI,” in A Companion to Shakespeare’s Works: The Histories, ed. Richard Dutton and Jean Howard (Blackwell, 2003)

“Missing the Breast: Disease, Desire, and the Singular Effect of Amazons,” in The Body in Parts, ed. David Hillman and Carla Mazzio (Routledge, 1997) 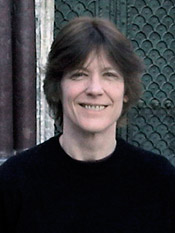