Jordan Ivie earned her PhD in English from Southern Methodist University, where she wrote her dissertation on gender roles and the evolution of androgyny in early modern English literature. She has presented her work at international conferences including the Modern Language Association and the Renaissance Society of America, and her work has appeared in the journal Arcana Naturae. In her writing and teaching, she is particularly interested in the work of female and non-binary writers, as well as literary explorations of non-traditional gender expression. 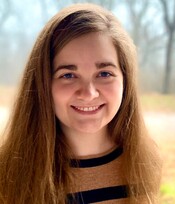