William R. Kenan, Jr. Professor of English
Professor of Cinema and Media Arts, and Communication of Science, Engineering and Technology.

Jay Clayton is author or editor of seven books and more than 45 articles and chapters, and he has received fellowships from the Guggenheim Foundation, the American Council of Learned Societies, and elsewhere. His published scholarship has ranged from Romantic poetry and the Victorian novel to contemporary American literature, ﬁlm and digital media, science and literature, and medicine, health, and society. His book, Charles Dickens in Cyberspace: The Afterlife of the Nineteenth Century in Postmodern Culture, focused on the depiction of computers, information technology, and cyborgs from the Victorian era to the twenty-ﬁrst century. This study won the Suzanne M. Glasscock Humanities Prize for Interdisciplinary Scholarship.  His recent work has concentrated on the ethical, social, and cultural issues raised by genomics and is available in a special, double issue of the Journal of Literature and Science

Jay Clayton received his B.A. from Yale University and his Ph.D. from the University of Virginia. He began his teaching career at the University of Wisconsin–Madison, where he was the first director of the Wisconsin Institute for Creative Writing and received the Alumni Distinguished Teaching Award.  At Vanderbilt, he teaches courses on Victorian literature, digital media, game studies, genetics in literature and film, and contemporary American literature.  He served as chair of the English department from 2002–2010 and Director of the Curb Center for Art, Enterprise, and Public Policy from 2012-2022.

Time and the Literary. Ed. with Karen Newman and Marianne Hirsch. (Routledge, 2002)
Influence and Intertextuality in Literary History. Ed. with Eric Rothstein. (University of Wisconsin Press, 1991)

"The Ridicule of Time: Science Fiction, Bioethics, and the Posthuman," American Literary History

“The Modern Synthesis: Genetics and Dystopia in the Huxley Circle,” Modernism/modernity

“Frankenstein's Futurity: Clones, Replicants, and Robots" in The Cambridge Companion to Mary Shelley

“The Dickens Tape: Affect and Sound Technology in ‘The Chimes’,” Essays and Studies

"Convergence of the Two Cultures: A Geek's Guide to Contemporary Literature,” American Literature

“Concealed Circuits: Frankenstein's Monster, the Medusa, and the Cyborg,” Raritan 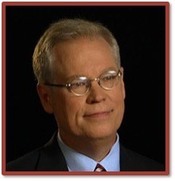