Emily Lordi is a writer, professor, and cultural critic whose focus is African American literature and Black popular music. She is professor of English at Vanderbilt University and the author of three books: Black Resonance (2013), Donny Hathaway Live (2016), and The Meaning of Soul (2020). In addition to scholarly articles on topics ranging from literary modernism to Beyoncé, she writes essays for such venues as New Yorker.com and The Atlantic, and appears in documentaries such as the BBC series Soul America and the Netflix series This is Pop. She is a writer at large for T: The New York Times Style Magazine, where her recent work includes profiles of FKA twigs and Dolly Parton, as well as essays on Black recovery from addiction and African American artists who have left the U.S. 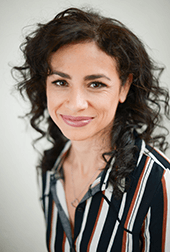