Visionary Aponte: Art and Black Freedom  brings together twenty contemporary artists working across a range of media to interpret an extraordinary—and now lost—historical artifact: a so-called “Book of Paintings” created by José Antonio Aponte, a nineteenth-century Afro-Cuban revolutionary and artist. Authorities found the “Book of Paintings” in 1812 during the investigation into a major antislavery conspiracy in Havana. During the trial, Aponte was forced to describe his book in detail. Its pages portrayed lush landscapes and Biblical stories; Roman goddesses and Spanish kings; black men as warriors, emperors, and librarians; Rome and Ethiopia; Havana and the heavens. Shortly after testifying, Aponte was publicly executed, his head severed from his body, and placed on a pike inside a cage in a well-travelled crossroads in the city. Then, his “Book of Paintings” disappeared.

Using Aponte’s trial testimony—which is all that is known to remain of the “Book of Paintings”—the artists included in  Visionary Aponte  have reimagined Aponte’s book for the present day. They experiment with ways to mitigate the violence of the colonial archive and invite us to think about the role of art in envisioning and making social change. 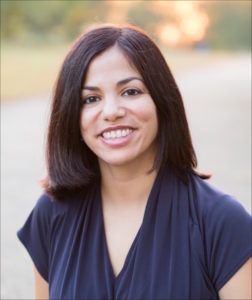 Daisy Hernández is the author of the award-winning memoir A Cup of Water Under My Bed and coeditor of Colonize This! Young  Women of Color on Today’s Feminism. The former editor  of ColorLines magazine, she has reported for The Atlantic, The  New York Times, and Slate, and she has written for NPR’s All Things Considered and CodeSwitch.

Her essays and fiction have appeared in Aster(ix), Bellingham Review, Brevity, Dogwood, Fourth Genre, Gulf Coast, Juked, and Rumpus among other journals. A contributing editor for the Buddhist magazine Tricycle, Daisy is an Assistant Professor in the Creative Writing Program at Miami University in Ohio, and is the Vanderbilt Visiting Writer in Nonfiction for the Spring 2020 semester.

In conjunction with the Latino and Latina Studies Program and the Association of Latin American Students, the 2019 Hispanic Heritage Month theme is #somosVU, which means “We are Vanderbilt.”

This dynamic message calls the community into conversation and emphasizes the values of connection, inclusion, and celebration that are engrained in HHM. #somosVU addresses the need for the visibility of Latinx presence, influence, and representation on campus while honoring the accomplishments of Latinx leaders and groups like ALAS, AMIGOS, CLAS, LATS, LMSA, SACNAS, and the Latinx Seminarians. #somosVU encourages faculty-student mentor relationships, as well as solidarity among allies, to create opportunities to celebrate and elevate their Latinx peers. #somosVU charges all of us to build an inclusive Latinx community at Vanderbilt University.

The most up-to-date digital calendar of events is available online at  https://bit.ly/vandyHHM.