My research focuses on aesthetics, art writing, and media history in nineteenth-century Britain. I wrote The Literate Eye: Victorian Art Writing and Modernist Aesthetics (Oxford, 2009), which was awarded the Sonya Rudikoff Prize by the Northeast Victorian Studies Association. The book explores how Victorian writers turned to the visual arts to imagine new modes of living, thinking, and feeling. Their art writing, which gained a huge following, paved the way for later experimental art movements fascinated by form, abstraction, and avant-gardism.

In Picture World: Image, Aesthetics, and Victorian New Media (Oxford, 2020), I use these fascinating visual objects as entryways into the nineteenth century’s key aesthetic concepts. Each chapter pairs a new type of picture with a foundational keyword in Victorian aesthetics, a familiar term reconceived through the lens of new media. “Character” appears differently when considered with the caricatures and comics appearing in the mass press in the 1830s; likewise, the book approaches “realism” through pictorial journalism; “illustration” via illustrated Bibles; “sensation” through carte-de-visite portrait photographs; “the picturesque” by way of stereoscopic views; and “decadence” through advertising posters. Each chapter also tracks the afterlives of these objects into our present-day media world—from Bible-themed amusement parks, to 3D films like Avatar, to the photo albums of Facebook. The relics of a previous era’s cultural life uncover the Victorian world’s most deeply-held values, while also leading to insights about our own media age.

I’ve published articles on anti-slavery in Dickens, newspapers and George Eliot, and the “white girls” of sensation fiction. I’m currently a co-organizer of Vanderbilt’s 18th-/19th-C Colloquium, which invites scholars from across the country to present work-in-progress to faculty and students. My courses study topics like Victorian poetics, the nineteenth-century novel, word and image, colonial and postcolonial literature, film adaptation, the histories of criminality, and ideas of “nature.”

“Why Does the Historical Novel Need to Be Rescued?” (considers Wolf Hall and Bring up the Bodies, by Hilary Mantel.) Public Books. Spring 2013. http://www.publicbooks.org/

"Pictures in Bleak Houses: Slavery and the Aesthetics of Transatlantic Reform." ELH 76 (2009). 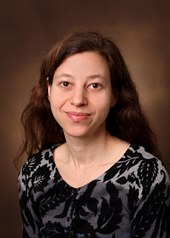