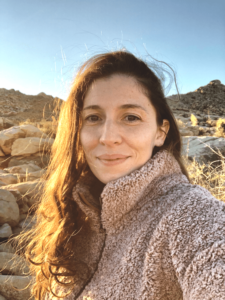 Sara Kozameh is an historian of Latin America and the Caribbean. She specializes in the Cuban Revolution, social movements and popular uprisings, agrarian history, and Black radicalism. She received her PhD from New York University in 2020. She was the postdoctoral research fellow at Princeton University’s Shelby Cullom Davis Center for Historical Studies from 2020-2022. She is currently an ACLS Emerging Voices postdoctoral fellow at Vanderbilt University.

Dr. Kozameh will spend her time at Vanderbilt completing her first book and making initial progress on her second project. Her first book, Harvest of Revolution: Agrarian Reform and the Making of Revolutionary Cuba, is the history of the agrarian reform project that transformed Cuba during the first decade of its 1959 revolution. It centers the actions of ordinary people immersed in the upheaval of revolution, both uncovering new stories and retelling key episodes of the revolution through an agrarian lens to rethink the origins of the revolutionary project and deliver a new history of the Cuban Revolution.

Dr. Kozameh has published several scholarly articles on the Cuban Revolution, including in Cuban Studies, Souls: A Critical Journal of Black Politics, Culture and Society, and in The Americas. Her article in Souls, “Black, Radical, and Campesino in Revolutionary Cuba,” has being taught in several undergraduate and graduate courses. Her writing on Latin America, more generally, has also appeared in more popular outlets including NACLA, OnCubaNews, and Jacobin. She is Assistant Editor for the journal Historias Agrarias de América Latina, based in Santiago, Chile.

Dr. Kozameh’s work has been funded by fellowships from the American Council of Learned Societies, the Shelby Cullom Davis Center for Historical Studies at Princeton University, the Andrew W. Mellon Foundation, and the Cuban Heritage Collection.