Professor Anderson is currently the John Frederick Oberlin Theological School Professor of Ethics and Society Chair at Vanderbilt Divinity School and is Professor of African American and Diaspora Studies in the College of Arts & Sciences. He has served on the editorial boards of the Journal of the American Academy of Religion, the Journal of Religion, the American Journal of Theology and Philosophy and was previously co-editor of the Trinity International Press Series on African American Religious Thought and Life. He is currently at work on two collections of essays: And Then His Son Cried: Grotesque Masculinities and Sexualities and Creative Conflict and Creative Exchange: A Christian’s Social Witness to the Public and Its Problems. 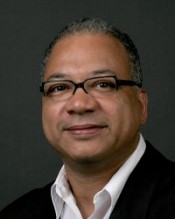