Dive Deep. Vanderbilt University has a uniquely rich and interdisciplinary community of scholars dedicated to the study of the languages, literatures, and cultures of Germany, Russia, and East Europe. Our faculty is nationally and internationally known for its innovative research, scholarly productivity, and vibrant sense of collaboration. Distinct clusters of excellence across different schools, departments, and programs offer a compelling ecology of research and learning for our students.

Meet Some of Our Researchers 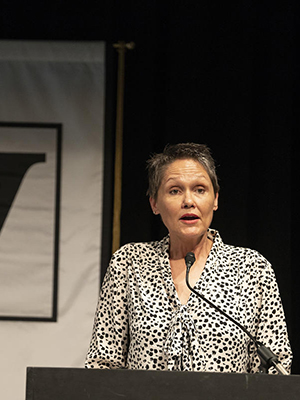 I am a musicologist, and I chose three current projects that give an idea of my interests.  First, I am writing a book about operatic convention since Richard Strauss’s Salome (1905).  That means I get to attend, listen to, analyze, and think about a lot of radical music theater by people like Olga Neuwirth, Du Yun, and Chaya Czernowin, as well as relatively accessible operas by artists like Kaija Saariaho and Missy Mazzoli, trying to figure out how genre conventions transcend musical and dramaturgical style.  Second, I recently began learning MEI (Music Encoding Initiative), and I’m working with students and music librarian Jake Schaub on a music encoding project using music manuscripts in VU Special Collections.  Third, I am writing a book chapter about music in East Germany for a GDR cultural reader that moves beyond my previous expertise in GDR art music to include pop, punk, rock, and jazz. 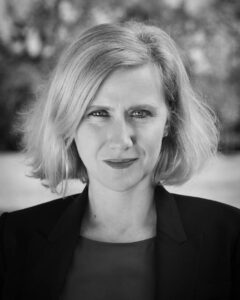 As an historian of the Balkans, my research takes me to off-the-beaten-path archives on a quest to understand how local stories can shed light on regional, international, and theoretical questions about war, state-building, religion, and the meaning of Europe. My first book, Sarajevo, 1941-1945: Muslims, Christians, and Jews in Hitler’s Europe (Cornell, 2011) explores how people living in a multi-cultural city in Yugoslavia responded to Nazi occupation, civil conflict, and genocide. My second book, Citizens after Empire: Balkan Muslims and the Making of Modern Europe (Oxford University Press, forthcoming), explores how diverse communities of Ottoman Muslims living in new European states—Serbia, Montenegro, Austria-Hungary, and Yugoslavia—experienced and negotiated citizenship, nation-building, and new legal systems, and how Islamic institutions, like a Shari’a judiciary, became integrated into modern European state structures. The book challenges presumptions that Muslims are not part of the European historical narrative and calls for a new way of thinking about and writing the history of Muslims in Europe.

Looking ahead, I have two research projects that excite me. The first project considers how local communities and “ordinary” people living in peripheral regions of Yugoslavia—such as Muslim women in the Sandžak, Dalmatian fishermen on Adriatic islands, schoolteachers in the mountains of Bosnia–responded to and participated in Communist revolution from 1945 to 1949. My second long-term project takes up the question: how did people living on the Ottoman-Habsburg frontier in the 19th century understand their place in a shifting political order? The project explores the concept of a European “frontier” and conflicting understandings of sovereignty and rights through local legal encounters. 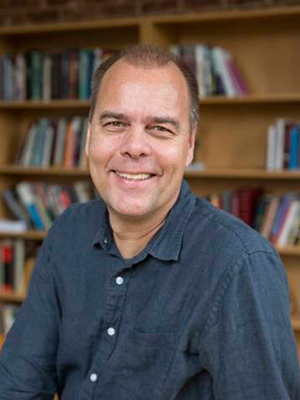 My recent book projects have crossed lots of different borders and intellectual territories. I have worked on questions of time, duration, and attention in contemporary art and cinema; on blockbuster filmmakers such as Michael Bay and art house champions such as Werner Herzog; on figurations of resonance, vibrant materiality, and hospitality in the work of Icelandic artist Ragnar Kjartansson and other people often somewhat uneasily identified as sound artists. In a future book, I plan to explore the role of “interference” in modern art, visual culture, science, philosophy, and psychology so as to rethink what it might take to be human in face of the human-made disasters of the Anthropocene. It is not always easy to identify the common denominator of my research agenda. But at heart my research is driven by deep-seated curiosity about how different artistic mediums and media technologies shape our ways of attending to matters of the world and how art—“high” or “low,” difficult or accessible—can disrupt what we typically take for granted. I am thrilled about research projects and collaborations that promise surprises and provoke us to think outside the box. 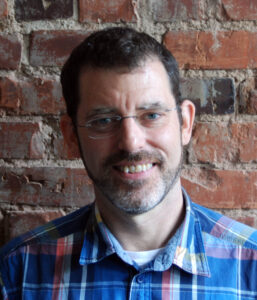 I’ve long been interested in how art and philosophy persevere in a meaningless world. My research investigates transcendental thinking and the critical philosophies that have emerged more recently from that European tradition of reflection. I’m interested in forms of cultural disintegration and ideological reactions to the loss of human community. These reactions can be something as dangerous as a political movement or as transient as a movie audience. My work editing the Hannah Arendt’s manuscripts for the Critical Edition has raised questions of philological practice for me, and I’m pursuing an old investigation into something I’m calling the “zombie image”: the anthropophagic contagious corpse familiar from movies, television, and video games. My guiding questions there are: What kind of world have we fashioned that produces this sort of a vision of our afterlife? And if this is an image of the human situation, what must images in general be? The writers I have found most helpful in pondering these matters, in addition to Hannah Arendt, are Immanuel Kant, Friedrich Nietzsche, Stanley Cavell, and always, Walter Benjamin. 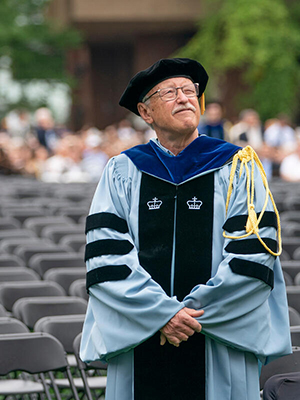 I am a historian of modern Russia, Eurasia, and Europe. My scholarship studies the political culture of the late Russian Empire, and the use of biographical narrative, memoir, and memory to assess it.  My current research centers on the issue of elite failure, set within the historical conditions of crisis that afflicted Russian imperial elites from outbreak of the First World War to their demise with the Bolshevik seizure of power in 1917-1918.  A book project entitled “The Death of Russian Autocracy, 1914-1918” is a collection of essays that explicates the legitimating values and cultural assumptions of those who constituted and generated elite political culture, explores how they acted under duress and systemic challenge, and ascertains why imperial Russian elites—political, socio-economic, financial, cultural, and military— failed to retain their authority, power, and cultural hegemony. 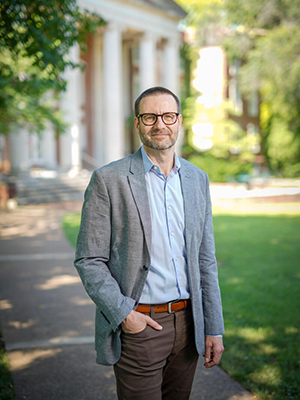 Professor of German and European Studies

A trained literary scholar and historian, I am interested in the metamorphosis of media. My research is dedicated to the ways we see, hear, and imagine the world through signs – from the spoken and written word to the representation of digitized code on screens. Correspondingly, I deem aesthetics a salient feature of the human condition. I have recently engaged in projects that ask what we mean when we say “authentic” and what is included when we speak of “values.” What kind of values guide our actions; in what ways will values change under the condition of technological progress? My current works include: an ongoing analysis of the cultural skill of “collecting;” a monograph on “values” and their derivatives (e.g. money, knowledge, art, and garbage) in German literature and art between 1890 and 1933; and a book-length study of depictions of the archive in eighteenth and nineteenth century German literature.