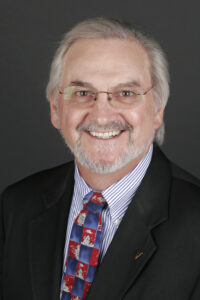 John A. McCarthy, Professor Emeritus of German and Comparative Literature at Vanderbilt, passed away in Portland, Oregon, on August 20, 2022, at the age of eighty. He is remembered as a prolific and accomplished scholar of German and European Studies, an engaged faculty member at Vanderbilt University, and an energetic presence on campus. Shortly before his death, he wrote about his great loves. One of them was his profession.

The path to that profession of professor of German literature was not exactly a straight one.  Born in St. Claire, Michigan in 1942, McCarthy stumbled into German after being assigned that language when he entered the Holy Cross Fathers Minor Seminary at Notre Dame, Indiana as a thirteen-year-old. After almost five years of teenage monastic life, he left before taking first vows, then went on to study German, English, and Philosophy at the newly founded Michigan State University at Oakland (now Oakland University). He received his B.A. in 1964 and worked for four months on the night shift in the famous Chrysler Stamping Plant on Detroit’s Eight Mile Road, saving what he earned to finance a year abroad. With a one-way ticket with Icelandic Airways, he got himself to Luxembourg, and then took a bus to Paris. Eventually, he arrived in Munich, “fell in love with the city and decided to stay.” In Munich, he also met his future wife Mecki (Mechthild) and perfected his German, which remained throughout his life so remarkable that native-speaking scholars took note of it. Eventually, John and Mecki moved to the United States.

The rest is more predictably academic. In 1972, John McCarthy earned a Ph.D. in German language and literature from the State University of New York in Buffalo, and in that same year began teaching at the University of Pennsylvania, where McCarthy taught for nineteen years, becoming a full professor, a valued member of the Penn community, and as his colleague, Frank Trommler, has written, “one of the most visible and influential scholars of European Enlightenment and German eighteenth-century literature.”

Then, in Fall 1991, John McCarthy came to Vanderbilt University, where his immense energy and engagement impressed his new colleagues. Immediately, he threw himself into the work of making Vanderbilt’s German PhD program into one of the best programs in the country. He was also the driving force behind the founding of the Max Kade Center for European and German Studies, and did much of the spade work that resulted in the generous grant on which the Center mainly rests. As its first Vanderbilt director, he also made it into one of the genuinely innovative and popular area studies programs on campus, not the least by organizing study visits at the European Union headquarters in Brussels.

John McCarthy was a leading international expert on the German and European Enlightenment, and he made this expertise into the foundation for a distinguished, prolific, and wide-ranging scholarly career. The author of five books and nearly a hundred essays, McCarthy also edited eight volumes and organized three highly successful conferences. In addition to his two early books on the German Enlightenment philosopher Christoph Martin Wieland, McCarthy wrote Crossing Boundaries: A History and Theory of Essay Writing in Germany, 1680-1815, which won the 1990 DAAD/GSA Biannual Best Book Prize; Remapping Reality: Chaos and Creativity in Science and Literature, 2006; and Confronting / Defining the Self: Formation and Dissolution of the ‘I’ from Montaigne to Grass, which will appear posthumously. The Conferences McCarthy organized also deserve special note—one of them, held in 1994 at Vanderbilt on the future of the study of German Literature in the United States, became a book and the starting point for subsequent discussions about the state of the field.

In addition to his writings, McCarthy was a dedicated and beloved teacher. He taught a wide range of courses, including the first-year writing seminar, advanced German-language courses, upper division literature courses, and advanced graduate seminars. He served several terms as Director of Graduate Studies in German, and was a dedicated teacher of graduate students, for which he received the College of Arts and Science Graduate Mentor award. Spending countless hours with his students, he patiently critiqued their proposals, edited their drafts, and discussed their arguments. With McCarthy, it was never all work and no play, however. Students and colleagues recall fondly the many evening at his house, where he and his wife Mecki were gracious hosts and Vanderbilt faculty, students, and visiting scholars discussed the intricacies of the field of German literature and German studies.

Finally, John McCarthy was also a dedicated citizen of his university and of his field. His service to Vanderbilt included the University Research Council, the University Grievance Committee, the Graduate Faculty Council, and the Faculty Senate, which he chaired in 2004-2005. Likewise, the profession. He served it in many capacities. He was a president of the Lessing Society and a dedicated member of the German Studies Association on whose executive board he served. He also worked together with the American Association for Teachers of German, which, along with the Goethe Institute, awarded him its “Certificate of Merit” as an “Outstanding educator.”

This he was—an outstanding educator. His dedication and enthusiasm for his field were infectious, and he is very much missed by the friends and colleagues who knew him. He is survived by his wife Mecki, his son Brian and his daughters Monika and Kristen and their families. 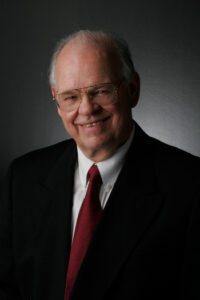 Dr. Dieter Sevin, former chair of the Department of Germanic and Slavic Languages at Vanderbilt University, died of pancreatic cancer on July 29, 2012, at his home in Brentwood, Tennessee. He was 73. A specialist in language pedagogy and literature of former East Germany, Dr. Sevin published extensively and taught German language and literature for over 44 years.

Born on November 5, 1938, near Wittenberg, Germany, Dr. Sevin decided to follow his dream when emigrating by boat from Bremerhaven to New York. With little money to his name, his enterprising spirit and work ethic enabled him to finance his undergraduate studies at San Jose State College. After getting married in 1963, he and his wife moved to Seattle to pursue graduate studies at the University of Washington. He received his Ph.D. in German and History in 1968 and then accepted a position at Vanderbilt University. In 1969, Dr. Sevin was instrumental in launching the Vanderbilt-in-Germany program with Regensburg University. In subsequent years, he served as the program’s director and helped establish a summer exchange program with the Free University of Berlin. Convinced that travel, studies, and/or work in different countries widen perspectives and enriches lives, he saw himself as somewhat of a cultural mediator between the United States and Germany and worked enthusiastically to enable others to participate in intercultural exchange. He also was active in Nashville’s Sister City partnership with Magdeburg, Germany, and the German-American Chamber of Commerce.

In 2007, he was awarded the Cross of the Order of Merit of the Federal Republic of Germany (Bundesverdienstkreuz), the only order awarded by the president of that nation. When presenting the medal, Dr. Lutz H. Görgens, the Atlanta-based Consul General of the Federal Republic of Germany, remarked, “Dieter Sevin is a beacon of German language teaching in the U.S. His entire career has been dedicated to promoting the knowledge of German language, literature and culture in the United States.” He was the recipient of awards and fellowships from the American Council of Learned Societies, the American Philosophical Society, the German Academic Exchange Service and the Vanderbilt University Research Council, and he served as associate director of the Vanderbilt European Studies Center and as a member of the Modern Language Association delegate assembly. His widely used German college text, Wie geht’s?: An Introductory German Course, co-authored with his wife Ingrid Sevin, is now in its ninth edition.

To those who knew him, Dieter Sevin was a unique human being, always positive and willing to help. Quick with a laugh and sound advice, he was always ready to listen, mentor, and inspire. He loved his work, his colleagues and students, enjoyed traveling, reading, music and the arts, but most of all, he cherished spending time with family and friends. He was a devoted husband to his wife of 49 years, Ingrid Sevin; a dedicated father to his daughters, Sonja Sevin and Karen Bryan, as well as to his son-in-law, Charlie Bryan; and a loving grandfather to Caroline and Anna Bryan.