Silke Schade serves as Assistant Professor of the Practice and German Language Program Director in the Department of German, Russian, and East European Studies. She received her Ph.D. from the University of Cincinnati in 2006, with a dissertation on literature and migration. Dr. Schade teaches courses in German language, literature, and culture, develops curriculum, and trains and supervises graduate student instructors.  In addition, she serves as the Director of Undergraduate Study in German and main advisor for the German degree.  Dr. Schade is active with the Center for Second Language Studies and McTyeire International House and has led study abroad to Berlin. She is a certified Goethe-Institut Examiner (B1-C1) and is affiliated with the American Association of Teachers of German (AATG) and the American Council on the Teaching of Foreign Languages (ACTFL). Before coming to Vanderbilt, Dr. Schade taught at the University of Texas – San Antonio, the University of British Columbia, and Middlebury College. 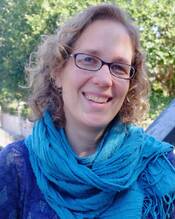