Kelsey received her B.A. in German and Linguistics from the University of Georgia in 2016, where her emphasis was largely on the works of Bertolt Brecht and Georg Tabori.  During this time she lived briefly in Düsseldorf and Berlin.  As of the Fall of 2016, she is a first year PhD student (currently working on her M.A.) at Vanderbilt University.  Her areas of interest include the works of Bertolt Brecht, Weimar and Holocaust theater, feminist theory, LGBTQ+ theory, and the relationship of theater to gender. 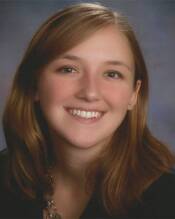