Joy H. Calico is Cornelius Vanderbilt Professor of Musicology and Professor of German Studies. Her scholarship focuses on the interdisciplinary study of Cold War cultural politics, Schoenberg, and opera since 1900. She is the author of two monographs: Arnold Schoenberg's 'A Survivor from Warsaw' in Postwar Europe (California, 2014) and Brecht at the Opera (California, 2008). Her Schoenberg book received the 2015 Award for an Exceptional Book in Jewish Studies and Music as well as honorable mention for the 2016 Laura Shannon Prize in Contemporary European Studies; it will appear in Italian translation in 2020. Her current book project is entitled Opera since Salome.

Among her recent publications are articles about Schoenberg and noise in the Journal of Austrian Studies and Olga Neuwirth’s opera Lost Highway for Zeitschrift für Ästhetik und Allgemeine Kunstwissenschaft, as well as book chapters on the politics of Helmut Lachenmann’s opera MÓ“dchen mit den SchwefelhÅlzern and Hanns Eisler’s use of Goethe’s Faust in the GDR for The Oxford Handbook of Faust in Music.

Her research has been supported by fellowships and grants from the Sacher Stiftung, the American Council of Learned Societies, the American Academy in Berlin, the Berlin Program for Advanced German and European Studies, the DAAD, the Howard Foundation, and the National Endowment for the Humanities. In 2015 she received the Blair Faculty Excellence Award. She is currently a member of two internally funded research cluster (TIPS): Digital Cultural Heritage and GlobalVU Initiative. In 2019-20 she is co-organizer of two workshops associated with these TIPS groups: a Music Encoding Workshop in October 2019 and a workshop on Classical Music in the Global Market in February 2020.

She was co-founder and coordinator of the Music and Sound Studies Network of the German Studies Association (GSA) and served on the GSA Executive Board 2013-16, during which time she was also Director of Vanderbilt's Max Kade Center for European and German Studies. She is Outgoing Editor-in-Chief of the Journal of the American Musicological Society (JAMS), and a Director-at-Large of that Society for the term 2019-2021. 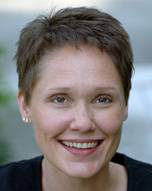