Joseph Kuster joined the German Ph.D. program at Vanderbilt University during the fall of 2017. Hailing from Colorado, he received his B.A. in German Studies, English, and Film from the University of New Mexico (2014), followed by a Master's in German Studies (2016) at the same institution. Joseph's research interests primarily concern the intersection of German and cultural studies with media and film, and include aesthetic representations of children and childhood, trauma studies and collective/palimpsestic memory, queer representation in film, particularly the development of LGBT representation in German cinema from the Weimar Republic to the present, and gender and sexuality in horror and slasher films. Joseph has also taught language and film classes at the German Summer School of New Mexico for four summers as a teaching assistant, lecturer, and program assistant. 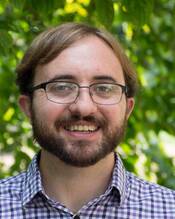