After nineteen years at the University of Pennsylvania, John A. McCarthy accepted an offer to join the faculty at Vanderbilt University in 1991 as Professor of German and Comparative Literature. In the ensuing years, he was also appointed Professor of European Studies and Professor of Religious Studies. During a rebuilding phase in German Studies, McCarthy served  for many years as Director of Graduate Studies in German. Simultaneously, he worked for the good of the Comparative Literature Program as a long-time member of its Executive Committee. After 2000, he invested heavily in the European and German Studies Program. After twenty-two years in various functions, he decided it was time to focus entirely on his own writing and research and make way for new blood.

University-wide dedication included many years on the University Research Council, the Graduate Faculty Council, and the Faculty Senate. He chaired the Faculty Senate in 2004-2005 (the first literary historian at Vanderbilt to do so) and was also Chair of the committee on Professional Ethics and Academic Freedom. As Associate Director then Director of the Max Kade Center for European and German Studies (2005-2009), he helped secure significant foundation support to rename the European Studies Program expand its activities. He was a frequent collaborator with the German Embassy in Washington and the Consulate General in Atlanta in advancing the German government’s outreach activities. McCarthy paved the way first for a succession of three distinguished Fulbright Visiting Professorships then DAAD visiting appointments since the mid-1990s. He gained favored status for Vanderbilt University with the German Academic Exchange Service in New York that benefitted the success rate of fellowship applications by graduate students from German literature, Law, History, and Philosophy since the late 1990s. For many years, he chaired the DAAD selection committee.

As author of five books, over ninety-five essays, editor of eight volumes, and organizer of three highly successful conferences, Prof. McCarthy contributed to the national and international profile of German and European Studies at Vanderbilt. In addition to books on novelist and journalist Chr. M. Wieland, McCarthy penned a history and theory of the German essay and an exploration of the creative impulse in science and literature. His articles focus on the professionalization of the author, readership studies, literature and law, literature and philosophy, and literature and science. Especially noteworthy are his ground-breaking study of the emergence of essay writing from the spirit of Enlightenment (Crossing Boundaries, 1989) and his original investigation of creativity in literature and science (Remapping Reality, 2006). Equally pioneering is his work on the history of German Studies in the USA. Most recenlty, McCarthy published The Early History of Embodied Cognition 1740-1920: The Lebenskraft-Debate and Radical Reality in German Science, Music, and Literature (April 2016), an important and groundbreaking study about modern German culture.

McCarthy is the recipient of a number of awards, e.g., a senior Fulbright Fellowship, a Fulbright Summer Seminar Fellowship, the Goethe Institute/AATG Certificate of Merit for Outstanding Achievement, the Spence and Rebecca Webb Fellowship in the Humanities, the Charlotte M. Craig Distinguished Professorship, the Vanderbilt Outstanding Graduate Student Mentor Award, and the German Studies Association’s (GSA) Best Book Prize (for Crossing Boundaries). He has held visiting appointments at Swarthmore College, the University of Munich, and Rutgers University. He is past president of the international Lessing Society and has also played leadership roles in the GSA, the American Association of Teachers of German, and the Modern Language Association of America. McCarthy continues to serve on editorial boards here and abroad. 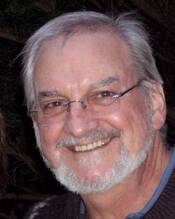