James McFarland studied philosophy at Oberlin College and the Christian-Albrechts-Universität zu Kiel. He took his doctorate in German Studies from Princeton University. He has taught literature, philosophy, and film in Germany, Russia and the United States, and is currently an Assistant Professor of German at Vanderbilt University. He has published on Theodor Wiesengrund Adorno’s collaboration with Thomas Mann on Doktor Faustus, Peter Szondi’s reception of Walter Benjamin, the “Unabomber Manifesto” and academic rhetoric, and the political theology of George Romero’s Dawn of the Dead, among other matters. 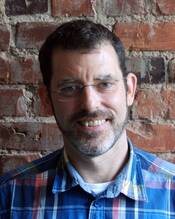