Perhaps more so than other literary traditions, Russian literature had developed in a deep, even if often tumultuous dialogue with religion. My research comes in at the intersection of the literary and the religious. In a dissertation on Dostoevsky’s theory of vision, I investigate the tension between the religious understanding of the image as icon and the German Romantic idea of imagery as a mirror of reality. I conclude that Dostoevsky’s imagination is best understood as a renunciation of objective perception. My reading of Dostoevsky stems from a parallel engagement with Mikhail Bakhtin, a literary philosopher who understood poetics to be a phenomenological rather than just formal discipline. While much has been written on the role of dialogue and the word in Bakhtin, less has been said about a profound significance of vision in his tragic worldview. In my work I seek to fill this gap. My research on Bakhtin is part of a broader interest in Russian religious philosophy. At the end of the 19th century and the first half of the 20th Russian religious thinkers turned to literature as the most fertile for a conversation between German philosophy and the theological imagination of Russian Orthodox Christianity. This intellectual tradition, which has become known as the Russian Religious Renaissance has not only enriched our understanding of literature and religion but has given us a language of how to think about the relationship between the two.

“Mimetic Desire in Dostoevsky’s The Idiot with Continual Reference to René Girard” in The Dostoevsky Journal: A Comparative Literary Review, 20 (2019) 77-95

“Living Inside the Demonic Feuilleton: Towards Dostoevsky’s Conception of The Social” in Slavonic and East European Review (forthcoming, 2021) 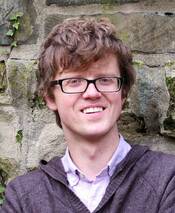