Alex Dubilet thinks and writes across contemporary continental philosophy, critical theory, political theology, philosophy of religion, German Idealism (& its afterlives), critical study of the secular, histories and theories of mysticism, film theory, and Russian philosophical thought. This breadth of interest indicates less an inter-disciplinary sensibility than an un-disciplined one.

Currently, Dubilet is working on two book-length projects. The first, tentatively entitled Political Atheology, engages 20th-century and contemporary interdisciplinary debates in order to rethink the fundamental concepts of political theology as a theoretical paradigm. By diagnosing the theological elements operating within secular modernity and tracing the general transference of theological concepts into political ones, political theology undermines the triumphalist ways that secular modernity has narrated its own essence and development. Returning to the work of Georges Bataille, among others, this book theorizes political theology as a critical formation that calls into question operations of justification and legitimation that, in disavowed ways, span the Christian and the secular. Some of the questions of the project are explored in “On the General Secular Contradiction: Secularization, Christianity, and Political Theology” and the Editors’ Introduction (“Immanence, Genealogy, Delegitimation”) to Nothing Absolute: German Idealism and the Question of Political Theology (co-edited with Kirill Chepurin; Fordham 2021). Articles exploring the problematic of political theology under this angle through an engagement with Meister Eckhart and Louis Althusser will soon appear.

Dubilet’s second book project explores the afterlives of mystical discourse in modernity through a set of interrelated logics: inoperativity and idleness; spiritual poverty and dispossession; “whylessness”; antinomianism; and the joy of mystical annihilation. Mystical Afterlives traces the persistence and mutation of these logics across the medieval/modern divide and explores the critical force these mystical afterlives retain in relation to the fundamental orientations of philosophical and political modernity (those of work, of possession and the proper, of the principle of sufficient reason, of nomos, and of the temporality of deferral, respectively). They retain this force, the book argues, while being barred from inhabiting the proper position of critique and marked instead as illegitimate by the modern protocols that establish ways of knowing and thinking, as well ways of being and speaking. The project engages, among others, the work of Bataille, Deleuze, Eckhart, Guyon, Lispector, Laruelle, Kierkegaard, Melville, Moten, Porete, Tolstoy, Wynter.

Both of these projects follow from The Self-Emptying Subject: Kenosis and Immanence, Medieval to Modern (Fordham, 2018) Against two dominant ethical paradigms, Levinas’s ethics of the other and Foucault’s ethics of self-cultivation, Dubilet’s first book theorizes an ethics of self-emptying, or kenosis, one that reveals the immanence of an impersonal and dispossessed life without a why. Rather than align immanence with the enclosures of the subject, The Self-Emptying Subject engages the history of Christian mystical theology, modern philosophy, and contemporary theories of the subject to rethink immanence as what precedes and exceeds the very difference between the (human) self and the (divine) other, between the subject and transcendence. Moreover, by arguing that transcendence operates on life in secular as well as religious domains, the book challenges a dominant distribution of concepts within contemporary theoretical discourse, which associates transcendence exclusively with religion and theology and immanence exclusively with modern secularity and philosophy.

This argument is further developed in his most recent publication, “An Immanence without the World: On Dispossession, Nothingness, and Secularity” (Qui Parle 30:1, 2021), which rethinks the conceptual associations that bind immanence to the secular and oppose it to (divine) transcendence. It asks: What if immanence is divorced from the conceptual opposition between the world and its openings to (divine) other(s), between enclosure and the trace of a transcendent outside? What might arise if immanence is severed from its link with secularity, if it ceases to be merely another conceptual support in secularism’s metaphysical armature? To pursue these questions, the essay engages a variety of materials, including medieval mysticism, anthropological critiques of the secular, work in Black studies, critiques of the subject, and François Laruelle’s non-philosophical thought.

When time permits, Dubilet is also working on a book-length collaborative project with Kirill Chepurin, tentatively entitled Nothing to Be Done: History, Immanence, and the Void in 19th-Century Russian Thought, which argues for the theoretical and genealogical relevance of Russian philosophical thought to contemporary theoretical debates in the humanities. The first part of the project has appeared in Angelaki: Journal of the Theoretical Humanities (“Russia’s Atopic Nothingness: Ungrounding the World-Historical Whole with Pyotr Chaadaev,” 2019) and in Theory & Event (“Sovereign Nothingness: Pyotr Chaadaev’s Political Theology,” 2019). The authors are currently in the process finishing two additional essays on the speculative progenitor of Russian Cosmism, Nikolai Fedorov.

A number of other projects are percolating on the backburners, including: a thinking through of soviet and post-soviet film (most immediately the films of Aleksei German); a speculative reinterpretation of Andrei Platonov’s fiction (and, more broadly, articulating the contours for an aesthetics of communism); a (re)construction of a heterodox genealogy of antinomianism; a theoretical reassessment of the figure of the holy fool; an exploration of heresy and socialism in the narrations of secular modernity; a critical engagement with the thought of Reiner Schürmann (with Joseph Albernaz); an exploration of the entwined genealogies of Gnosticism and communism (also with Joseph Albernaz); an interpretation of the films of Jean-Pierre Dardenne and Luc Dardenne around the questions of work, attachment, and futurity in post-‘89 Europe (with Joshua Craze).

Some of Dubilet’s published work is available at: https://vanderbilt.academia.edu/AlexDubilet. You can also email him for copies of any of his work.

Since 2016, he has been the co-director of the Contemporary in Theory Seminar at Robert Penn Warren Center for the Humanities at Vanderbilt University. Beginning in 2021, he has also co-directed the Rereading French Theory Seminar. 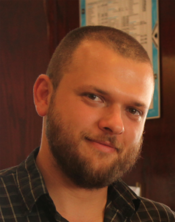