I received my B.A. from Stanford University and my Ph.D. from Yale University, where I taught before coming to Vanderbilt in 1994. Currently I am Professor of English and teach courses on Anglo-American modernism, comparative modernisms, twentieth-century British literature, and literary theory.

Joseph Conrad and the Fictions of Skepticism was published by Stanford University Press in 1990. I've also edited two books on Joyce: James Joyce's "A Portrait of the Artist as a Young Man": A Casebook (Oxford 2003) and Joyce and the Subject of History (co-editor with Victor Luftig and Robert Spoo, Michigan 1996). My articles on Joyce, Woolf, Conrad and others have appeared in journals such as Modernism / Modernity, Modern Language Quarterly, English Literary History, and James Joyce Quarterly.

Modernism, Media, and Propaganda: British Narrative from 1900 to 1945 was published by Princeton University Press in December 2006 (paperback. 2008). I also edited the Oxford Handbook of Global Modernisms (2012; paperback 2013), a large collection of essays on global modernisms. I co-founded, with Kevin Dettmar, Modernist Literature & Culture, a book series from Oxford University Press that ran from 2008 to 2018.

James Joyce's "A Portrait of the Artist as a Young Man": A Casebook (Oxford UP, 2003) https://global.oup.com/academic/product/james-joyces-a-portrait-of-the-artist-as-a-young-man-9780195150766?q=Wollaeger&lang=en&cc=us

Joyce and the Subject of History (co-edited with Victor Luftig and Robert Spoo, Michigan UP, 1996)

“Reframing Modernism: the Corporation, the University, and the Cold War." Affirmations: Of the Modern 3:1 (2015)

“Propaganda and Pleasure: from Kracauer to Joyce.” In The Oxford Handbook of Propaganda, ed. Jonathan Auerbach and Russ Castronovo (2013) 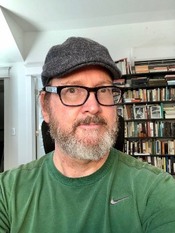