Mark Schoenfield is a professor of English at Vanderbilt University, where he has received the Jeffrey Nordhaus Award for Excellence in Undergraduate Teaching in the Humanities.  His first book explores William Wordsworth’s connection to the law, and his second, British Periodicals and Romantic Identity: The "Literary Lower Empire” won the Colby Prize for outstanding work on 19th-century periodicals.  He has written articles on Byron and marriage (and in each, alluded to the other), as well as on Walter Scott, John Galt, and various periodicals and periodical writers.  His teaching interests include law and literature, romanticism, the novel, and existential fictions, and he is experimenting with alternative forms of student work at all levels of his teaching, including digital story-telling.  He is pleased that three of his publications were co-authored with an undergraduate, a graduate student, and a professor respectively, and he looks forward to continued collaboration.  He has coached and refereed high school wrestling, as well as taught chess to middle-school aspiring tournament players. He is a recent recipient of a Guggenheim Fellowship.

His current research interests expand upon and merge some of his prior interests.  His two on-going projects explore law and literature and romantic constructions of the self.  The first, tentatively called The Culture of Litigation: Legal Trials and Romantic Print Culture, 1750–1835, examines how transformations in trials during the romantic period were bolstered and contested in the press and literature of the time, producing celebrity lawyers, novel legal theories, and legal novels.  The second, The Celebrity of the Ordinary: Romantic Autobiography and Periodical Culture, 1790-1840, demonstrates how the extensive fascination with celebrities influence how ordinary people conceptualized and represented their roles and place in the commercial and social orders of the romantic period. 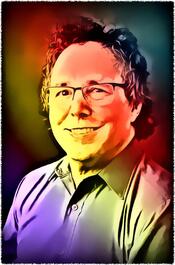