Lorraine M. López teaches in the Creative Writing Program. She is the faculty director and co-founder, with Professor William Luis, of the Latino and Latina Studies (LATS) Program at Vanderbilt University.  Her first book, Soy la Avon Lady and Other Stories won the inaugural Miguel Marmól prize for fiction. Her second book, Call Me Henri was awarded the Paterson Prize for Young Adult Literature, and her novel, The Gifted Gabaldón Sisters was a Borders/Las Comadres Selection. López’s short story collection, Homicide Survivors Picnic and Other Stories was a Finalist for the PEN/Faulkner Prize in Fiction in 2010 and winner of the Texas League of Writers Award for Outstanding Book of Fiction. An Angle of Vision: Women Writers on Their Poor or Working-Class Roots (University of Michigan Press, 2009) is her first edited collection. Subsequent publications include two novels, The Realm of Hungry Spirits and The Darling, along with two coedited collections of essays, The Other Latin@: Writing against a Singular Identity, with Blas Falconer and Rituals of Movement in the Writings of Judith Ortiz Cofer, with Margaret Crumpton Winter. López’s third collection of short stories, Postcards from the Gerund State: Stories, will be released from BkMk Press in October (2019).

The Other Latin@: Writing against a Singular Identity, coedited with Blas Falconer (University of Arizona Press, October 2011).

An Angle of Vision: Women Writers on Their Poor and Working-Class Roots (Ann Arbor, Michigan, October 2009) 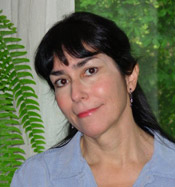 Doctor of Philosophy, English and Creative Writing, The University of Georgia

Master of Arts, English and Creative Writing, The University of Georgia