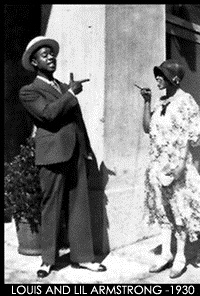 Blue Yodel #9 recorded in Hollywood on July 16,1930 with Louis Armstrong on trumpet and Lillian Hardin Armstrong on piano and Jimmie Rodgers singing lead is proof that African-Americans have long been present in country music. And it is proof that women have worked on country sessions as “sidemen” as well as singers. Unfortunately the proof has long gone ignored. Unacknowledged and uncelebrated, much of the history of black presence and influence on Country Music has gotten hidden and some of it lost. In 2015 at Vanderbilt, AADS introduced a pioneering course on the African-American presence and influence on Country Music. We took a three pronged approach: the course is an immersion in the published scholarly literature on the subject ; it is an immersion in the sounds of recorded black country; and it is an invitation to head to the edges of our campus, Music Row, and interview the artists, administrators, writers, and fans who have been undocumented witnesses of Black contributions that have helped make Music City, Music City and they have sought out Black people who have been involved in anyway with the world of country music, as artists, writers, administrators, custodians, or fans to document their stories and the places associated with them. To make visible the invisible and herald unsung Black heroes and heroines of Country Music we offer a cornerstone course AADS 2166, African-American Presence and Influence on Country Music, and opportunities for independent study. Opportunities for independent study are available both to those who have taken AADS 2166, and for those who have not taken the course but have a particular interest in the subject and bring advance coursework from a related field to their intended independent study. All students engaged in work around the presence and influence of Blacks in Country Music are invited to participate in the ongoing mapping of Black Presence and Influence on Country Music using a variety of mapping technologies that allow us to share the work beyond the walls of the academy. This is an ongoing project. We have worked in collaboration with The Country Music Hall of Fame and Museum, The National Museum of African American Music, and the tech start-up TunesMap. Graduates of our offerings have gone on to work on Music Row, to win a prestigious CMA fellowship, to work at Google with an interest in mapping, and to win recording contracts.

In addition to mapping other highlights of student research include: