Lorrie Moore is the author of the short story collections Self- Help, Like Life, Birds of America, and Bark; three novels, Anagrams, Who Will Run the Frog Hospital?, and A Gate at the Stairs; and a children’s novel, The Forgotten Helper. She has won the O. Henry Award, The Irish Times International Fiction Prize, the Rea Award for the Short Story, the PEN/Malamud Award for Short Fiction, and the Finn Zinklar Award for the Short Story given by the Karen Blixen Society in Copenhagen.  She has been a finalist for the Orange Prize, The PEN Faulkner Award, The National Book Critics' Circle Award, The Story Prize, and the Frank O'Connor International Short Story Award.  Her reviews and essays have appeared in such publications as The New York Review of Books, The New Yorker, The Yale Review, and The Atlantic, and a collection of her non-fiction was published in 2018.  Her collected short fiction was also published in the Everyman's Library series in 2020 with an introduction by Lauren Groff.  See What Can Be Done (Alfred A. Knopf, 2018) is a collection of her reviews and essays. A recipient of an NEA, a Guggenheim Fellowship, a Lannan Fellowship, the Berlin Prize, and a Pushcart Prize, she was elected to the American Academy of Arts and Sciences in 2001 and to the American Academy of Arts and Letters in 2006, where she is currently a member of the Board of Directors.  Her work has been published in over a dozen languages. 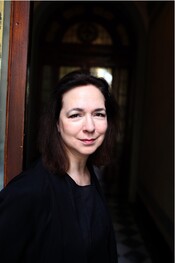