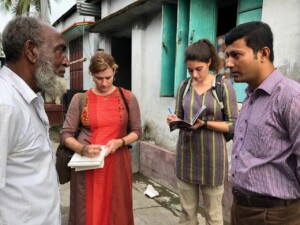 Kelsea’s research aims to understand how climate change interacts with human decision-making and wellbeing, how people may adapt to climate impacts, and how climate adaptation measures can be designed and implemented in a just and equitable way. Because of the complexity of climate and society interactions, her research is highly interdisciplinary, and she strives to connect methods, disciplines, and researchers from across geographies and fields. Kelsea collaborates with social and environmental scientists and uses a variety of data-driven methods, including machine learning and agent-based modeling as the foundations of her research. Her dissertation uses machine-learning and agent-based modeling to investigate how environmental stress and climate change interact with human migration decisions in coastal Bangladesh. She is also interested in how climate change compounds housing and social vulnerability in coastal U.S. cities, which she studies by applying machine learning to questions of climate gentrification. 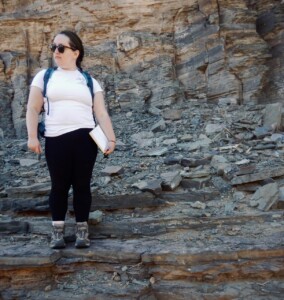 Kat’s work studies the trace fossil record of the Ediacaran-Cambrian transition (~540 million years ago) from southern Namibia to discern the role the evolution of early ecosystem engineering behaviors — specifically bioturbation — may have played in facilitating the Cambrian explosion. Her research encompasses fieldwork in Namibia, experimental work in Germany using modern bioturbating organisms, and computational work via agent-based simulations of Ediacaran-Cambrian seafloors. Kat was recently awarded a “Respekt & Wertschätzung” Scholarship from the DAAD Foundation in Germany to fund her research. She will be working with the Division of Actuopalaeontology at Senckenberg am Meer in Wilhelmshaven from May-August 2022 to run experiments studying the chemical and physical impacts of burrowing marine fauna on their environments. 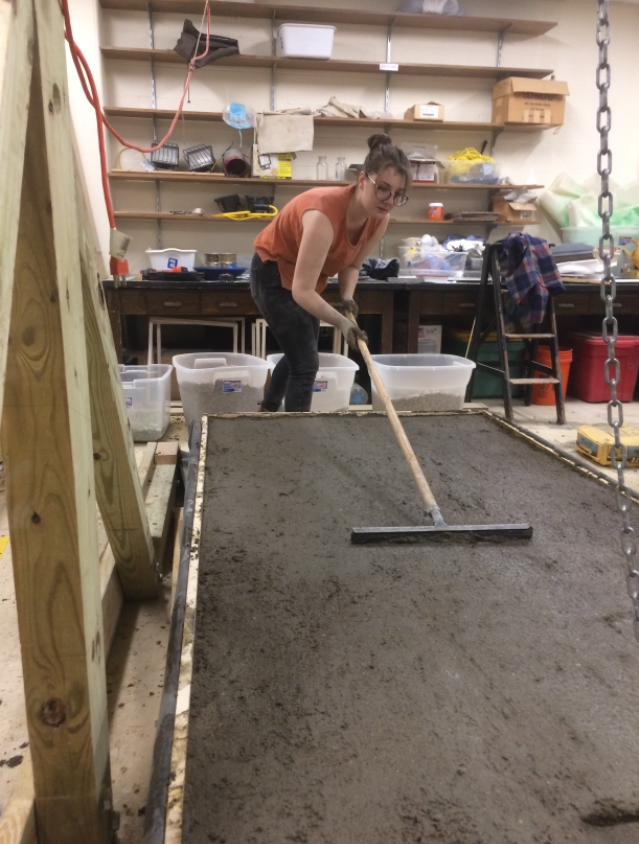 Sarah’s research is centered around the probabilistic physics of sediment particle motions over Earth’s surface, both in rivers and on hillslopes. She is particularly interested in two-dimensional particle spreading and the effects these random-walk motions have on descriptions of sediment transport and bed evolution. She conducts laboratory experiments involving high-speed imaging of moving particles to better quantify the mechanical basis for particle-scale diffusion and plans to incorporate her findings into a more formal theory as part of her dissertation. Though grounded in the desire to understand how fluvial bedforms evolve over time and space, Sarah’s work has also been concentrated on filling the gap in our understanding of randomness and its role in geomorphic processes. She draws heavily on ideas from probability, statistics, and her background in physics to simplify the diffusion problem to its most essential elements while acknowledging the inherent variability in particle transport. 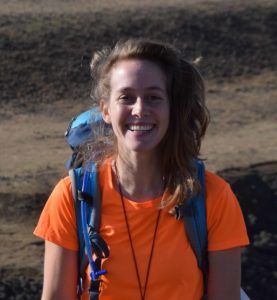 Lydia’s current work focuses on understanding magmatic processes prior to major volcanic eruptions. She uses a combination of petrology, physical volcanology, and geochemical modeling to reconstruct the pre-eruptive conditions of magma bodies. Her particular interest is in shallow, silicic magma bodies that produce large eruptions, including the Whakamaru eruptions in the Taupō Volcanic Zone, New Zealand. There, she tries to reconstruct the chemistries and depths of the magma bodies that fed the Whakamaru eruptions through time. Lydia also works in the Paraná silicic large igneous province in southern Brazil, where she uses the landscapes and physical volcanology to understand the changing styles of the explosive and effusive eruptions.