Journals Housed in the Department 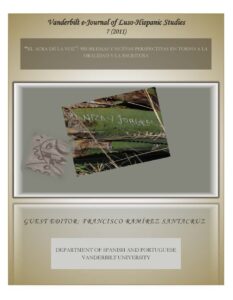 The Vanderbilt e-Journal of Luso-Hispanic Studies is an online academic publication edited by the Department of Spanish and Portuguese. Created as an open forum and a platform for dialogue on specific debates within Luso-Hispanic Studies, this publication includes monographic volumes crossing disciplinary boundaries and addressing  theoretical, political, and cultural connections between the Iberian Peninsula and Latin America, as well as Inter-American topics. Submissions are accepted by invitation only.  It is published annually.

BULLETIN OF THE COMEDIANTES 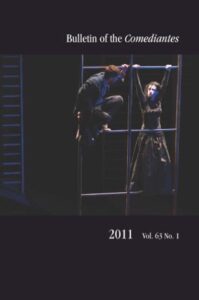 Founded in 1948 by Everett W. Hesse, Bulletin of the Comediantes is published semiannually by the Comediantes, an international group of scholars interested in early modern Hispanic theater. The journal features articles and notes in Spanish and English dealing with sixteenth- and seventeenth-century peninsular and colonial Latin American drama.The journal currently is published by the Department of Spanish and Portuguese at San Diego State University, the home department of the managing editor, Vincent Martin. Edward Friedman of Vanderbilt University has served as editor since 1999. 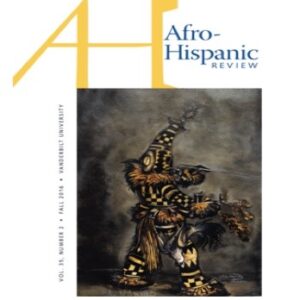 The Afro-Hispanic Review, a bilingual journal of Afro-Hispanic literature and culture, is published by the Department of Spanish and Portuguese at Vanderbilt University in Nashville, Tennessee USA. The new editor of the Review invites submissions of unpublished studies pertaining to the literature, history, and culture of the African presence and influence in the Hispanic world. The editor also welcomes interdisciplinary work, book reviews, translations, creative writings, and relevant developments, of the highest quality, as they relate to the Afro-Hispanic experience.