Professor McGinn is Professor of Classical Studies, History, Law, Religion, and Women’s Studies at Vanderbilt. He is the author of numerous books and articles, in both English and Italian, on ancient Greek and Roman law and society, embracing such subjects as marriage, prostitution, the family, the law of obligations and of property, expressive law, and the status and role of women and children.

McGinn’s most recent book is co-edited with Dennis Kehoe, Ancient Law, Ancient Society (Ann Arbor: University of Michigan Press, 2017), a collection of essays on Greek and Roman law and society deriving from a conference they organized at the University of Michicgan in the fall of 2013. His first book, Prostitution, Sexuality, and the Law in Ancient Rome, won the first-ever Award for Outstanding Publication given by the Classical Association of the Middle West and South. He has since coauthored (with Bruce W. Frier) A Casebook on Roman Family Law (Oxford University Press, 2004), and published two other monographs, one on the material culture of Roman prostitution, The Economy of Prostitution in the Roman World: A Study of Social History and the Brothel (University of Michigan Press, 2004) and the other on the status and role of widows in six different historical cultures ranging from antiquity to the modern age, Widows and Patriarchy: Ancient and Modern (Duckworth, 2008). Since then, he has published Obligations in Roman Law: Past, Present, and Future (University of Michigan Press, 2012), an edited collection based on the proceedings of a conference he organized at the American Academy in Rome in 2008. Professor McGinn has been a Fellow at the American Academy in Rome and received awards from the Fulbright Program and the National Endowment for the Humanities.

At Vanderbilt McGinn has served as Chair of the Student Communications Board, Chair of the Honor Council Faculty Board of Advisors, as well as Director of Undergraduate Studies, Director of Graduate Studies, and Chair for the Department of Classical Studies. He has taught a number of graduate and undergraduate courses in Latin, Greek, law, and history, including the history of the Roman Empire, the Roman family and household (an Honors Seminar), women and the family in ancient Greece and Rome (a Women’s Study course), and cases in the Roman law of the family, delicts, and property. In the fall of 2015 he was Visiting Professor at the Facoltà di Giurisprudenza, Università di Napoli Federico II (the law school at the University of Naples). 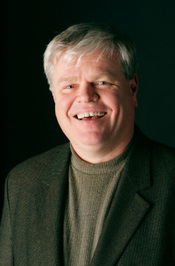