Kim Welch is a historian of the United States and specializes in the study of slavery, race, and the law in the early U.S. South. She is the 2022 recipient of the Dan David Prize, the world’s largest prize for practitioners studying the human past.

Welch is the author of the book, Black Litigants in the Antebellum American South (University of North Carolina Press, 2018)—a historical and socio-legal study of free and enslaved Black Americans’ use of the local courts in the slave South. Black Litigants received several prizes, including the James H. Broussard Best Book First Book Prize, awarded by Society for Historians of the Early American Republic; the William Nelson Cromwell Foundation Book Prize, of the American Society for Legal History; the J. Willard Hurst Prize for the best book in socio-legal history, given by the Law and Society Association; and the David J. Langum Sr. Prize for best book in American Legal History, from the Langum Charitable Trust. Welch was also awarded the Chancellor’s Award for Research by Vanderbilt University in 2019.

Welch’s research has been supported by a multi-year National Science Foundation grant and fellowships from the American Council of Learned Societies, the Newberry Library, the American Bar Foundation, the National Endowment for the Humanities, the Andrew W. Mellon Foundation, and several others. Her work has also appeared in the Journal of the Civil War Era, the Law and History Review, and Slavery & Abolition.

In 2022-24, Welch will hold a Mellon New Directions Fellowship, during which time she will work on her current book project, “The Stability of Fortunes: Black Americans and Finance in the Long Nineteenth Century.” This project offers a new perspective on the relationship between race and structural economic and social inequality through a historical and socio-legal study of African Americans’ involvement in the credit economy in the nineteenth-century U.S. South and Atlantic World. Welch seeks to reconstruct the unknown world of Black moneylenders—from the lowliest of pawnbrokers to the most sophisticated of financiers—in order to explore categories of property, commerce, wealth-transfer, and rights.

For more on her research, teaching, and publications, see her personal website, kimberlywelch.net. 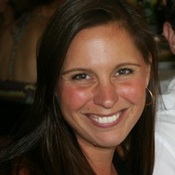