Jefferson Cowie is a social and political historian whose research and teaching focus on how class, inequality, and work shape American capitalism, politics, and culture.

His most recent book, The Great Exception: The New Deal and the Limits of American Politics, is a broad stroke reinterpretation of twentieth century American politics that was just published in January 2016. Another book, Stayin' Alive: The 1970s and the Last Days of the Working Class, draws together a unique combination of labor, politics, and popular culture into a vibrant narrative about the decline of class in American political culture. It received a number of “best book” awards and citations, including two of the profession’s most prestigious: the 2011 Francis Parkman Prize for the Best Book in American History, and the 2011 Merle Curti Award for the Best Book in Social and Intellectual History.

An earlier transnational history, Capital Moves: RCA's Seventy-Year Quest for Cheap Labor, charts the relocation of one firm through four different cities, two countries (U.S. and Mexico), and a great deal of social upheaval. The book received the 2000 Phillip Taft Prize for the Best Book in Labor History. Cowie has also written numerous articles and edited volumes, including, with Joseph Heathcott, Beyond the Ruins: The Meanings of Deindustrialization.

In addition to his scholarship, Cowie’s essays, reviews, and opinion pieces have also appeared in the New York Times, Chronicle of Higher Ed, American Prospect, Politico, Democracy, The New Republic, Chicago Tribune, Inside Higher Ed, Dissent, and other popular outlets. He is also the recipient of several fellowships, including the American Council of Learned Societies and Andrew Mellon Foundation, and the Society for the Humanities at Cornell. He has appeared in a variety of media outlets including Câ€ÂÂÂSpan’s Booknotes, CNN’s The 1970s, NPR’s Weekend Edition, as well as other documentaries and radio broadcasts.

Prior to coming to Vanderbilt in spring 2016, Cowie taught at Cornell University for 18 years, where he also served as Chair of the Department of Labor Relations, Law, and History in the ILR School. For four years he lived on the Cornell campus with his family as the inaugural House Professor and Dean of William Keeton House, a living and learning community of three hundred students. A passionate and dedicated educator, Cowie has garnered a number of teaching awards during his career. 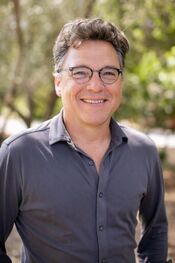