Exploring Together. Research in Vanderbilt’s Department of Classical and Mediterranean Studies is innovative and interdisciplinary. Faculty and students collaborate on groundbreaking projects in the classroom and abroad that discover the undiscovered; translate, analyze, model, or encode texts and objects; and interpret old ideas from new viewpoints.

Our faculty has conducted award-winning research that focuses on several regions (Italy, Greece, Egypt, the Middle East), types of evidence (literature and documents, art and archaeology, biology), and themes (society, economy, religion, philosophy, demography, government, tradition, and reception). Our faculty’s engagement in groundbreaking scholarship not only contributes to our collective knowledge about the past, but also animates our curriculum with fresh ideas and new discoveries. 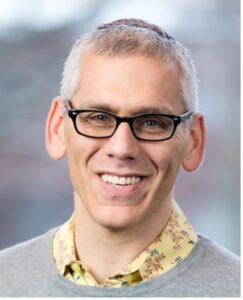 I am a social, economic, legal, and intellectual historian of the Jews of the medieval Islamic world. My most recent book, The Fate of the Jews in the Early Islamic Near East (Cambridge University Press 2022), examines key questions about how Jewish life was reshaped by the rise of Islam. I challenge some of the truisms that have held sway in the field of Jewish history for decades–that with the rise of Islam, the Jewish community shifted from life on the rural periphery in Iraq to the newly formed Islamic garrison cities, and then, amidst a broad-based “Islamic Commercial Revolution”, migrated West to take advantage of new commercial opportunities spanning the southern Mediterranean. In place of this traditional narrative, I suggest that many Jews assimilated to an emerging Islamic identity as the new religion took shape, and as this movement towards conversion developed, the rural areas lost their potency and the once-mighty Jewish communities on the rural periphery faded.  A small core of Jewish elites–rabbinic teachers and merchants–did move to the West, and this core seeded (or, really, re-seeded) the communities of North Africa, but these elites were a trickle rather than a wave. The conclusions of this book suggest that historians must take seriously the idea that the Jewish population of the southern Mediterranean traces its origins back to late antiquity and not to an early Islamic “commercial revolution”.

My current book project continues my work in economic history, looking at commercial advice manuals and the tradition of business writing from antiquity up through the high middle ages in Christian Europe. I look at commercial manuals in light of medical and magical advice books and ask how their authors and their readers viewed their material in light of testable hypotheses. Did writers simply rely on traditional sources for their advice, or did they ever test the recipes they recommended? What happened when readers followed a recipe meticulously but did not get the results they desired? Ultimately, this project examines the power of the written word in the medieval world and the tension between traditional wisdom and the scientific method. This is, in fact, a perennial problem, as contemporary readers are faced with “fake news” and the gap between the written word and historical reality is increasingly apparent to us. 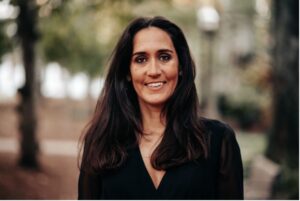 My current research interests tend in two directions, both broadly concerned with the translation and reception of Greco-Roman antiquity in the modern world.

My book Gender and Sexuality in Juvenal’s Rome: Satire 2 and Satire 6 (University of Oklahoma Press 2020) builds upon my longstanding fascination with ancient attitudes and ideas about sex and gender as they are depicted in comedy, satire and other humor-based literary genres. It offers a fresh translation of two of the Roman satirist Juvenal’s most provocative poems on these topics. More recently, in Ancient Exchanges, I published a vaudeville-inspired translation of the longest extant fragment of Lucilius, Roman satire’s founding father, which seeks to define proper masculinity through the lens of virtus. My aim in taking on these works has been to introduce the ancient authors to modern audiences and to render their challenging poems more intelligible and relatable to them.

Another type of translation that has captured my attention over the past several years is of a visual rather than literary nature, though it also seeks to better understand modern engagement with ancient art, literature and culture. I have built an online archive called Animated Antiquity, where I gather animated representations of Greece and Rome and provide background information and commentary on each entry. The archive currently houses over one hundred entries, with many more still to be added. I have given numerous talks at conferences and on podcasts on this material, and I have published articles on various animated films and TV shows in popular journals, blogs and online magazines, including Hyperallergic, Fantasy/Animation, and Antiquipop. I am also in the early stages of putting together a collection of essays on this topic with co-editor Toph Marshall. 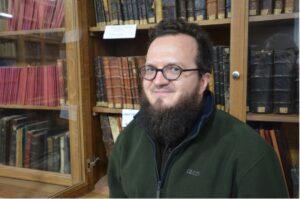 My research focuses on historical texts in the Syriac language (a dialect of Aramaic), the common tongue for Christianity in the Middle East and Asia for over a thousand years. Syriac literature and networks of Syriac-speaking scholars were often a cultural bridge between Christian and the Islamic cultures. The study of Syriac in surviving manuscripts is both poignant and pressing because the current state of violence in Syria and Iraq threatens to completely eradicate the tiny minority populations who have preserved the Syriac language and cultures for nearly two millennia. One of my driving passions is bringing public attention to the cultural genocide currently being experienced by these communities, which is a tragedy for the world’s cultural diversity.

To this end, my first book, The Practical Christology of Philoxenos of Mabbug (Oxford University Press 2014), is an analysis of a prolific Syriac author and theologian, whose works are one of the largest bodies of literature by a single author to have survived in Syriac. In Practical Christology, I offer a new approach to understanding the formation of early Christian theology through attention to overlapping contexts of religious practice. My second book, The Library of Paradise (Oxford University Press 2022), explores the history of reading in Syriac monasticism. When properly combined with prayer in Syriac monastic life, reading and reciting Scripture and other theological texts was one of the steps in contemplation which could lead to a state of divine vision, a mystical encounter with the presence of God. Although reading was an essential part of this system of contemplation, I argue that it was also a fraught experience that could distract just as much as it could aid the monk. The Library of Paradise traces these conflicting attitudes and advice about reading given by Syriac monks in the Middle Ages to illustrate how these monks used reading to recreate a “paradise” in which books were no longer needed.

In addition to research on late-antique Christianity, I am also strongly interested in the new possibilities which digital scholarship has opened up for scholars in the humanities. With several colleagues, I have undertaken to make the history of Syriac culture more accessible through a series of online publications, Syriaca.org: The Syriac Reference Portal. Syriaca.org is a joint project between Vanderbilt University, Princeton University, the Beth Mardutho Institute, and several other international institutions; we have received major funding from the National Endowment for the Humanities, The Andrew W. Mellon Foundation, and the International Balzan Prize Foundation.

Majors in classical and Mediterranean studies are encouraged to pursue research under the guidance of our scholar-teachers. Focused learning at a level beyond regular coursework can take many forms, such as: designing an Immersion project or independent study, traveling to Rome and Pompeii during Maymester, joining the department’s excavations in Greece or Israel, writing a paper for submission to a conference or journal, following the department’s lecture series, or doing a local internship at the Nashville Parthenon. Such enrichment is one of the most important features of our program.