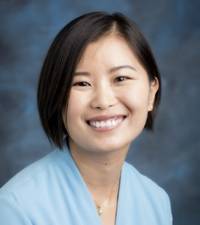 Meng Zhang is a historian of late imperial and modern China, with particular interests in economic and environmental transformation, political economy, and transnational connections in the rise of global capitalism.

Her first book, Timber and Forestry in Qing China: Sustaining the Market (University of Washington Press, 2021), reveals the complex reality of timber trade and resource management during the flurry of commercial development in Qing China (1644-1911). Pushing against the standard depiction of this era as one of reckless deforestation, this book demonstrates how economic innovations emerged to develop renewable timber resources as old-growth forests were cut down.

Her current project follows the social life of edible bird’s nests, which are made from the hardened saliva of a rare species of cave-nesting swiftlets. During the 16th–19th centuries, this exotica from Southeast Asia transformed into a luxurious delicacy and medical elixir extolled by elite Chinese consumers, both within China and in the diaspora. They spurred a trade network that bridged the Pacific world and brought transformations to the life and the environment of humans and swiftlets.

She teaches courses on the economic and environmental history of China, trade and diaspora in maritime Asia, and the early connections between China, America, and the Pacific. She came to Vanderbilt from Loyola Marymount University, where she taught from 2017 to 2021 after completing her PhD in history at UCLA.