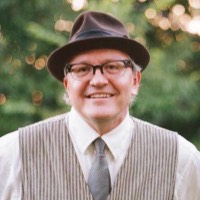 Gerald Figal has appointments in the History Department and the Asian Studies Department where he does teaching and research in modern Japanese cultural history and media studies. His first book, Civilization and Monsters: Spirits of Modernity in Meiji Japan (Duke UP, 1999), is a study of how traditional folk beliefs and a wider discourse on the mysterious and supernatural were variously reconfigured in the context of Japan’s modernization to serve the consolidation of a nation-state on the one hand and to offer a platform of critique of Japan’s path to modernization on the other. His latest book, Beachheads: War, Peace, and Tourism in Postwar Okinawa (Rowman & Littlefield Asia/Pacific/Perspectives Series, 2012) considers issues of tourism and war memorialization in postwar Okinawa. He has several journal articles in this area, including “Waging Peace on Okinawa” that was cited as Honorable Mention for Best Article in the journal Critical Asian Studies in 2001. His latest article, "Life with Tetrapods: The Nature of Concrete in Okinawa," appears in Cross-Currents: East Asian History and Culture Review (e-journal) 30: https://cross-currents.berkeley.edu/e-journal/issue-30/figal.

Figal has an ongoing project, “Multiple Exposure: Photography in Postwar Okinawa, 1945-75" which brings into conversation together for the first time in the same work the business, production, and product of Okinawan, mainland Japanese, and American photography of Okinawa and its people. He has also begun research on the fortification of Japan's coastal infrastructure since WWII.

In addition to these fields of research, Professor Figal has, through his teaching of a Japanese anime course, developed a growing interest in film and media studies.

After hours Figal indulges in film and wet plate collodion photography, darkroom printing, and reviving/modding a wide range of vintage cameras for artistic and experimental use.