Professor Fowler's current research focuses on the archaeology of the conquest period in Mesoamerica. Since 1996 he has directed excavations at Ciudad Vieja, El Salvador, the site of the first villa of San Salvador, founded in 1525 and abandoned in 1545. Although it was established as a Spanish-conquest city, San Salvador was principally occupied by Nahua-speaking Pipils of the region and Tlaxcallans from central Mexico who settled there as allies of the Spaniards. Through his research at Ciudad Vieja, Professor Fowler is exploring issues of culture contact and culture change during the first generation of the Conquest. He continues to explore his interests in the archaeology and ethnohistory of the pre-Columbian Pipils and other Nahua groups of Central America. His books include The Cultural Evolution of Ancient Nahua Civilizations, The Origins of Complex Society in Southeastern Mesoamerica, El Salvador: Antiguas Civilizaciones, Caluco: Arqueología e historia de un pueblo pipil en el siglo XVI, Investigaciones arqueológicas en Ciudad Vieja: La primigenia villa de San Salvador, and Arqueología histórica de la villa de San Salvador, El Salvador: Informe de las excavaciones (1996-2003). Since 1987 he has served as editor of the international journal Ancient Mesoamerica, published by Cambridge University Press. 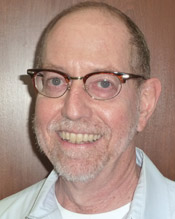