Dr. Tung is a bioarchaeologist who examines mummies and skeletons from archaeological contexts to evaluate the health and disease status of ancient populations from the Peruvian Andes. Her primary research focuses on the 'bioarchaeology of imperialism', which includes the study of paleopathology and violence-related trauma to elucidate the impact of imperialism on community health and lifeways and individual life histories. Her ongoing research in the Peruvian Andes examines how Wari imperial structures (AD 600 – 1000) affected, and were affected by, heartland and hinterland communities, documenting such things as diet and disease, migration patterns, body modification practices, rates of violence, and specific kinds of culturally mediated violence (e.g., warfare, ritual fighting, corporeal punishment, domestic violence).
Some of her articles include: "Dismembering Bodies for Display: A Bioarchaeological Study of Trophy Heads from the Wari Site of Conchopata, Peru" (American Jrnl of Physical Anthropology, 2008); "Trauma and Violence in the Wari Empire of the Peruvian Andes: Warfare, Raids, and Ritual Fights" (American Jrnl of Physical Anthropology, 2007); "The Village of Beringa at the Periphery of the Wari Empire: A Site Overview and New Radiocarbon Dates" (Andean Past, Vol. 8); "Intermediate Elite Agency in the Wari Empire: The Bioarchaeological and Mortuary Evidence" (T. Tung and A. Cook) in the volume, "Intermediate Elites" (University of Arizona Press, 2006).

Information about her other research projects, publications, and public outreach can be viewed at her homepage 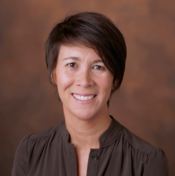